Airsoft guns of ‘Ukrainian saboteurs,’ or yet another Russian FSB show

On November 10, 2016, Russia’s Federal Security Service (FSB) announced the arrest in Sevastopol of alleged commandos of Ukraine’s Defense Ministry who had been reportedly preparing to sabotage military facilities in Crimea. In Sevastopol on November 9, 2016, the Federal Security Service arrested the members of a saboteur and terrorist group of the Main Intelligence Directorate of the Ukraine’s Defence Ministry who were planning to commit the acts of sabotage at the objects of military infrastructure and life support of the Crimean peninsula,

“High performance” explosives, weapons, ammunition, special communication devices “and other pieces of material evidence of their criminal activities, including the layouts of objects of intended sabotage” were impounded from the arrested, the security agency reports. In addition, blank A4 sheets of paper with the seals of the military unit A0235 subordinated to Ukraine’s Defense Ministry were also confiscated. In the same apartment, the chevrons of Ukrainian military units were found along with officers’ shoulder straps, a Right Sector calling card and camouflage kits.

A little later, the FSB uploaded to the web a video of the arrest and search of the “Ukrainian saboteur”‘s apartment. Below is the full version of this video:

Volunteers of the international intelligence community have analyzed the video. It turns out that the confiscated weapons are intended not for combat but for airsoft.

1) Airsoft gun AK KTR CYMA CM040J (link to the online store). Green arrows point to the battery connection cables. In this model, the battery is located under the lid of the receiver (To enlarge click on the picture): 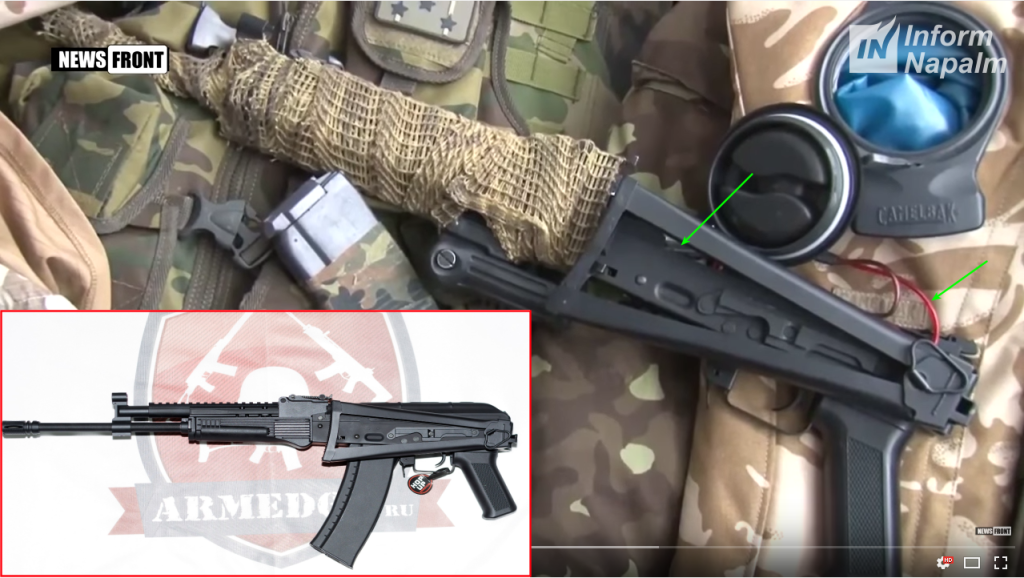 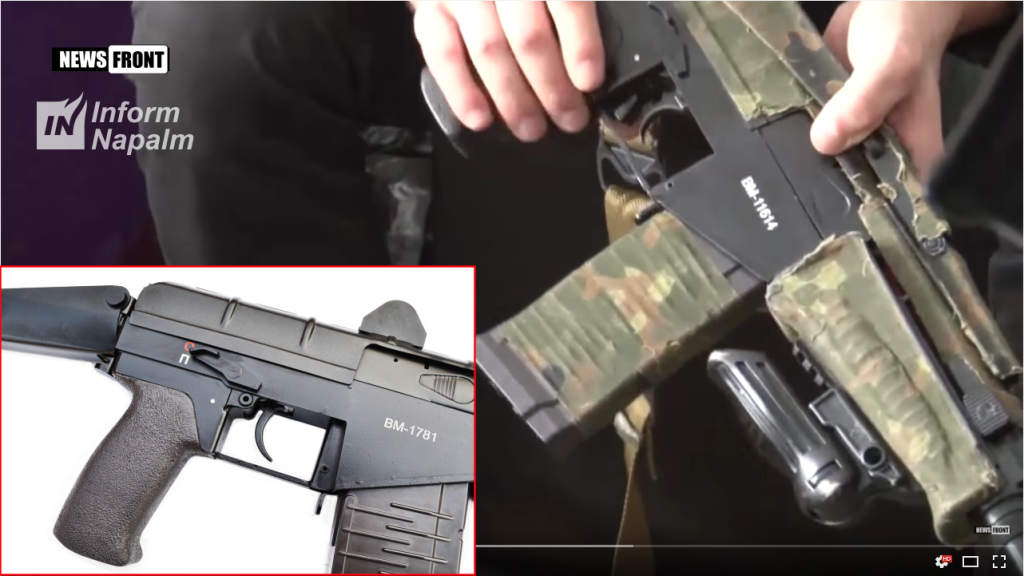 3) Air Pistol MP-654K. Notice the two teeth of the barrel breech. Makarov PM pistol, as well as its gas and traumatic analogs, lack such teeth: 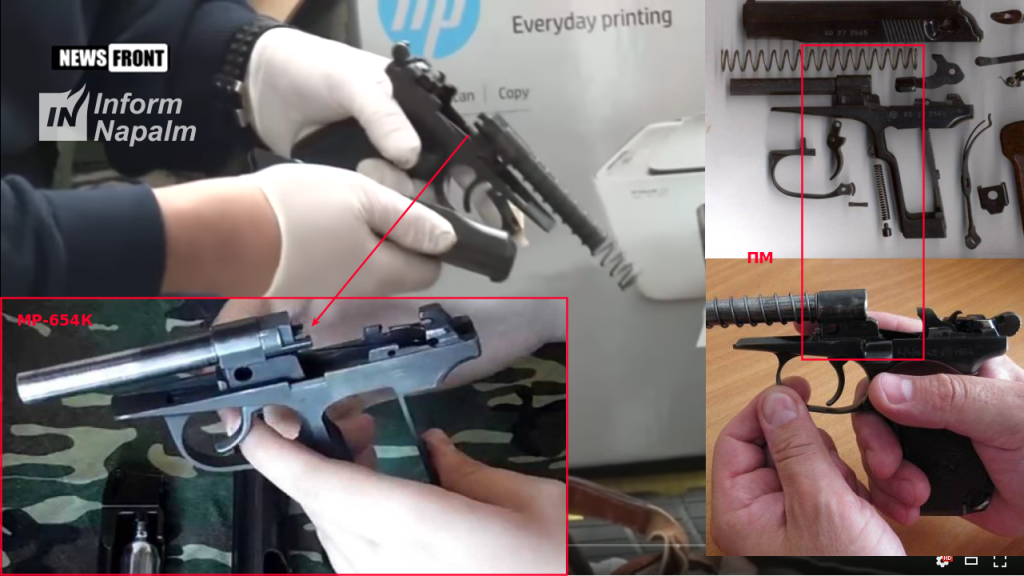 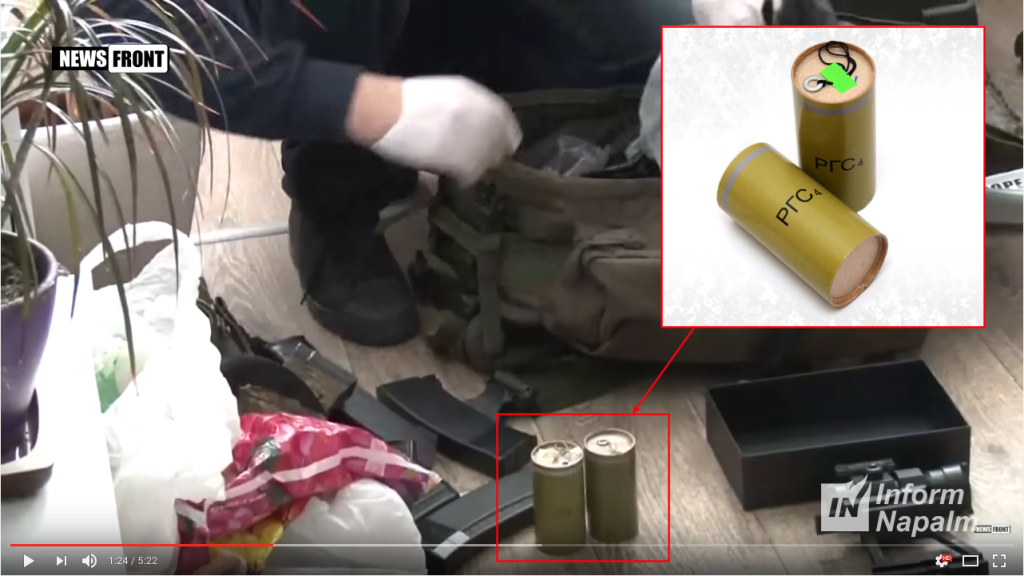 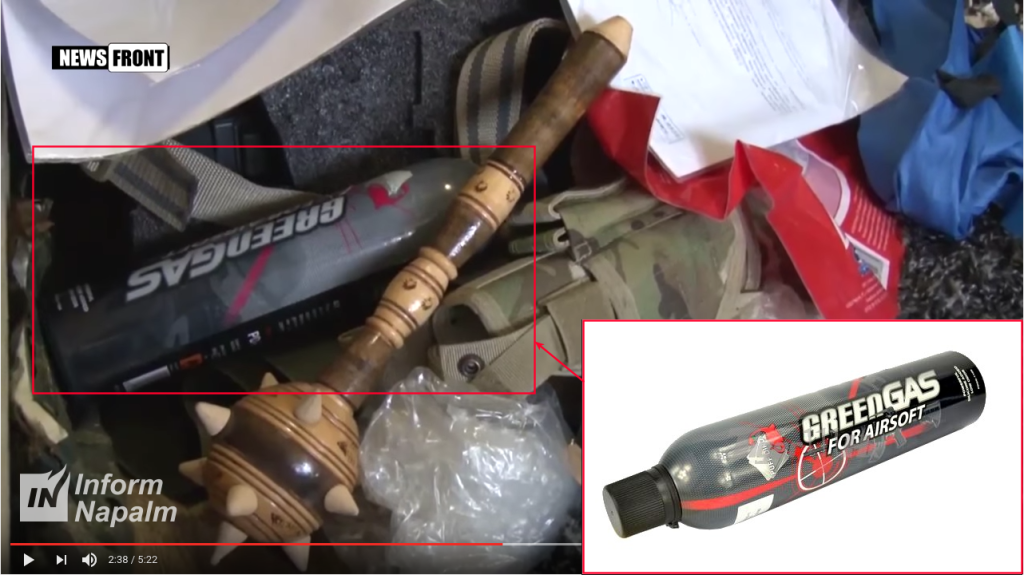 The ‘sensational’ news of ‘Ukrainian saboteurs’ seems to be intended for the complete lack of thinking among the 86% of Russia’s population. After all, they take at the face value what the Russian media tell and show them according to the guidelines of Putin’s security forces. We assume that some Russians will groundlessly claim: “But what about the explosives found in a dry well?”

Our answer is: Anything found outside the apartment, nobody knows BY WHOM (?) and nobody knows WHEN (?), in the absence of the detainee and witnesses, is not considered as evidence in civilized countries. This once again proves that we are dealing with a FSB stage show for the average Russian citizen.

The material was originally prepared for publishing by Kuzma Tutov and Mikhail Kuznetsov.
Translated from: InformNapalm

Read also:
FSB announces the capture of new ‘Ukrainian saboteurs’ in Crimea
Turchynov on “cynicism and moronism of the Russian special forces”