His ‘crime’ is fidelity to Ukraine: Crimean farmer faces 4 years in jail

A puppet ‘district court’ in occupied Crimea marked the Russian Constitution Day (December 12) with the arrest of 45-year-old farmer and activist Volodymyr Balukh. Since the Ukrainian Revolution of Dignity and the Russian invasion of 2014, Balukh decorated his house in North Crimea with the flag of Ukraine. Two weeks ago, he installed on a wall of the building a tablet featuring the inscription “Heroes of Heaven’s Hundred Street,” meant to commemorate those who had fallen for freedom on Kyiv Maidan in February 2014. Yesterday, he was formally charged under Part One of Article 222 of the Russian Criminal Code (alleged ‘illegal acquisition and keeping of ammunition’), thus facing up to four years in prison. 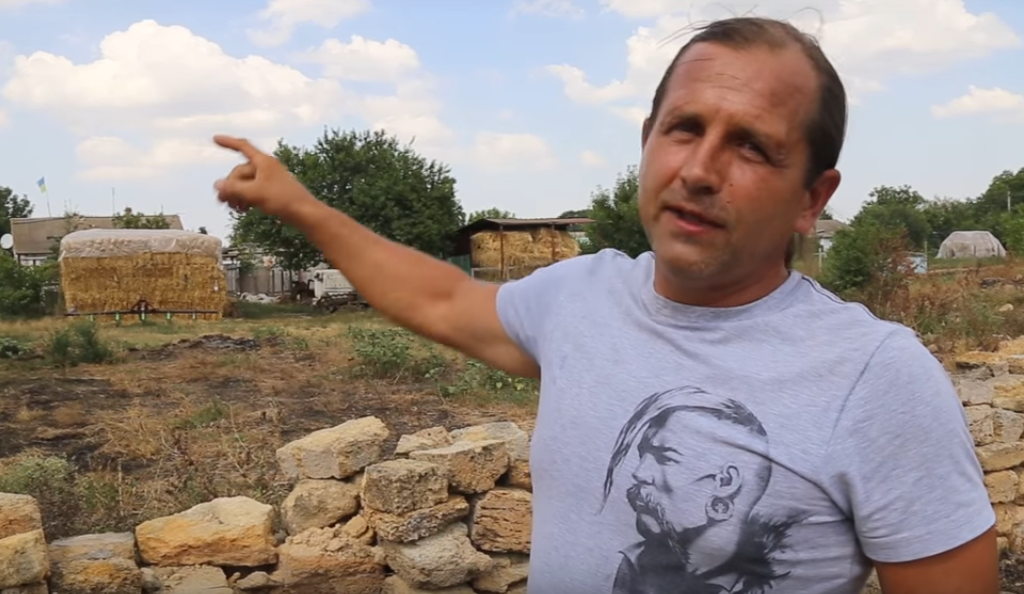 Volodymyr Balukh. Snapshot from the interview with Hromadske TV

During the preliminary ‘court’ session, the prosecution shamelessly admitted that it sought to punish the man for his pro-Ukrainian views. The detainee was openly blamed that he had not renounced the citizenship of Ukraine and not given up his Ukrainian passport. Back in 2014, Balukh decisively refused to take a Russian ID. He called the latter an Ausweis thereby obviously hinting at the similarities between the Nazi and Russian occupation practices.

The persecution of Balukh by the self-proclaimed Crimean ‘authorities’ has long had signs of systematic and politically motivated repression. Police searches were repeatedly conducted in his house, resulting in the detention and battery of the activist. Volodymyr was falsely accused of ‘car theft,’ however, the law enforcers did not even try to ‘prove’ the slander and quickly forgot about it. Twice in succession he was sentenced for the same act (alleged insult of a Russian officer, whom Balukh called an ‘occupier’) to 10-day administrative arrest and 320 hours of forced labor. Each time the Russian security forces appeared in his dwelling, they threw down the hated blue-and-yellow Ukrainian flag, but Volodymyr Balukh installed it on the roof again and again. Many Crimeans, he said to the Ukrainian journalists, thanked him for his courage and for reminding them of the stolen homeland. Balukh had an opportunity to leave for mainland Ukraine but he stayed in Crimea to take care of his elderly mother. 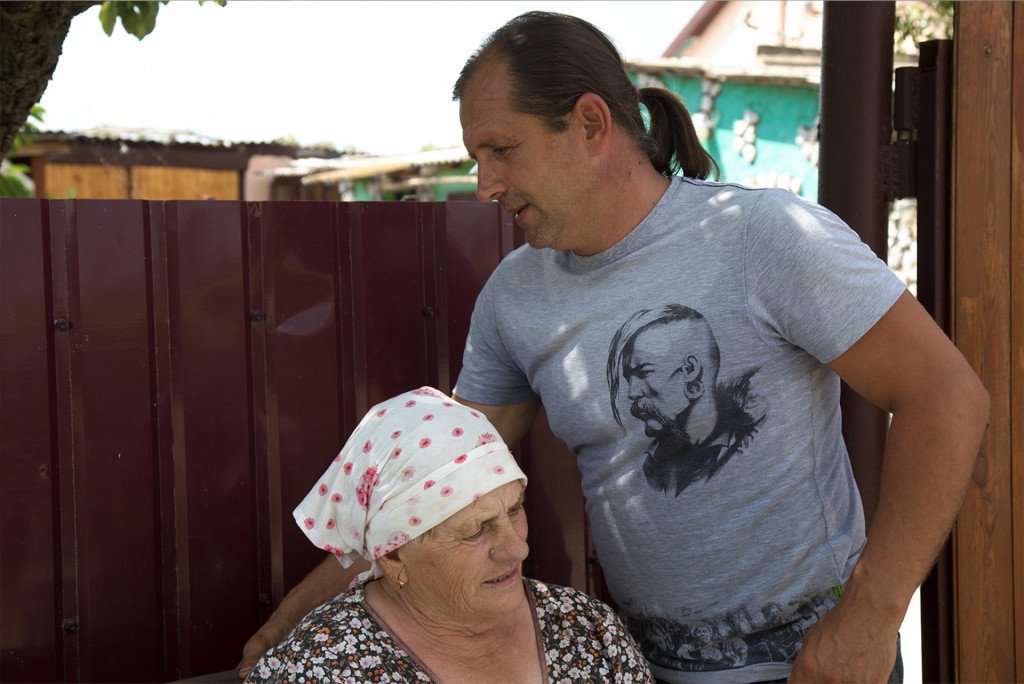 Volodymyr Balukh with his 73-year-old mother. Photo by Hromadske TV

Last week, the FSB officers broke into his house and suddenly ‘found’ there 90 cartridges and several pieces of TNT. Nothing of the kind had been found during the previous searches. The last FSB visit took place almost immediately after he hung up on his house the plaque that honored the heroes of Maidan, whom the former Russia-appointed ‘Prosecutor of Crimea’ Natalya Poklonskaya dirtily defamed as ‘devils.’ The experts of the Crimean Human Rights Group believe that the ammunition was slipped to him. According to the founder of Crimea SOS initiative Tamila Tasheva, this is the 37th politically motivated case framed up in the peninsula since the Russian annexation.

Last summer, in an interview with Hromadske TV, Volodymyr Balukh said that he was fully aware of his possible imprisonment and was ready for it:

What may be the task of the occupiers? To make the people loyal to the ‘authorities’… If you are standing out against the background of the crowd then you should give it on the nose… I believe that if one is afraid of something after turning forty, it means that one has never thought about the meaning of life. I do not understand why people are afraid. Everyone dies, but as for me, it is much worse to live on the knees than to die standing upright.

On December 12, a number of Ukrainian human rights advocates and other NGO representatives called on the President Petro Poroshenko to take the all the political, legal and diplomatic tools to save the Ukrainian citizen Volodymyr Balukh.

The banner #FreeBalukh shows a part of Volodymyr’s house with the plaque honoring the heroes of Maidan and the Ukrainian flag on the roof. The phrase he repeated in an interview reads: “It is much worse to live on the knees than to die standing upright!”