“The highest value is the person with a sense of dignity”: letter of activist jailed for Ukrainian flag in Crimea

The Crimean farmer Volodymyr Baluch, sentenced by a Russian occupational court to three years and seven months in colony for the demonstration of his active pro-Ukrainian position, wrote a letter to Ukrainians who do not forget about him in captivity.

You can also support the Ukrainian political prisoner by sending him a letter to the Crimean Human Rights Group’s email: crimeahrg@gmail.com.

Hello to everyone who writes to me on Facebook, sends letters and just prays for me!

Thank you very much for your support! Here, behind bars, in Muscovite captivity, it is difficult to overestimate its significance. Unfortunately, the messages reach the addressee with great delay and not all of them make it at all. When this happened for the first time, the lines of Ukrainian folk song fell unwittingly on the tongue from the dusty archives of memory:

For centuries, Ukrainians, due to the betrayal of the princes and hetmans, had to suffer abuses from the numerous invaders avid for owning the fertile Ukrainian land and dominating over its intelligent and hard-working people. We were stolen into slavery, and we left our native land for ourselves in search of a better fate, away from torture chambers and repressions. Where there is a fertile land in the World, there are graves of Ukrainians and the red snowball grows.

God willing, this time it won’t come to the snowball on the grave in a foreign land. The pledge to this is your prayers, the efforts of the civilized World and the hard work of the Crimea Human Rights Group. 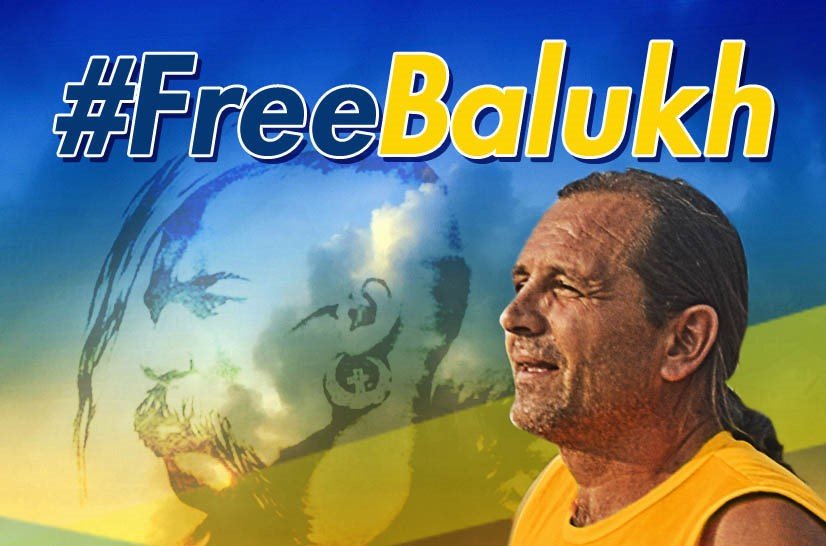 I believe: the time will come when we meet. We’ll look into each other’s eyes; shake hands with the Ukrainian soldiers; punch the oligarchs; bow low to the graves of those who perished in the war with the external and internal enemies; support the cripples of this war, their families, and the families of the fallen, while continuing to build a truly FREE Ukraine.

We are doomed to do our utmost so that future generations thank us for the opportunity to live in a country where the highest value is the cultural, educated, honest person with a sense of dignity and an earnest attitude to the traditions of the ancestors. To my mind, this is how Almighty dreamed of seeing this world when he created it.