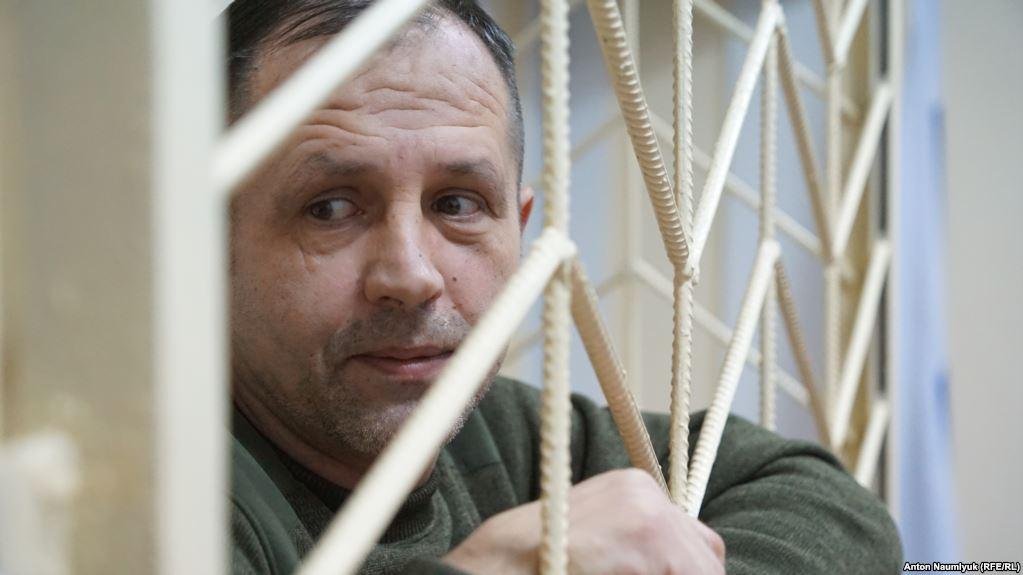 On Monday, 4 December, Ukrainian Crimean activist Volodymyr Balukh is expected to come home after a year he spent in Russian custody. The Moscow-controlled Supreme Court of Crimea has satisfied the motion of the defense and annulled the decision of an occupation district court to prolong his arrest.

According to the RFE/RL correspondent Anton Naumlyuk reporting from Crimea, the Supreme Court has not ordered to keep the activist under house arrest. It is unclear what is to happen to his case, which was sent for re-investigation after his “guilty” verdict was cancelled two months ago. The next hearing in the court of first instance is scheduled for 1 December.

Volodymyr Balukh is a farmer known for his firm pro-Ukrainian stand, which irritated the occupation authorities and local collaborators since Russia illegally annexed the Crimean peninsula in 2014. Human rights defenders believe that his manifest devotion to Ukraine was a real reason of the ceaseless pressure on him, which ended in his imprisonment. Balukh raised national blue-and-yellow flags on the houses of him and his spouse and repeatedly reinstalled them after Russian police came and threw them down.

Read and watch: Jailed in occupied Crimea for a Ukrainian flag: the case of Volodymyr Balukh

A year ago, he also attached a plaque indicating that his house stood on “Heroes of the Heavenly Hundred Street” to his facade. This act of honoring the victims of the Euromaidan Revolution hated by Russian authorities seems to have been a trigger for a reprisal. The occupation police swiftly declared that Balukh had held ammunition and explosives on the loft of his wife’s house. This underlay his imprisonment and trial though a series of forensic examinations disproved that he had ever touched them.

Volodymyr’s elderly and sick mother is waiting for him at home. She has almost lost hope of his return in her lifetime. Over the year Balukh was in jail, she almost went blind. However, she kept fighting for her son. In August, she sent a bold and poignant letter to Russian President Putin calling to restore justice and stop the political repression. “Nobody would wish even to an enemy such a life,” she wrote, “when, on your 75th year, you are losing the dearest one, your hope and support, when a pivot connecting you to this world is pulled out from you with flesh and unbearable pain.” Balukh’s health has also substantially deteriorated since his arrest at the end of 2016. He has been suffering from pain in his back and could not stand in the courtroom during the recent proceedings. Earlier this year, the Crimean Human Rights Group reported on his heart problems caused by almost unbearable stuffiness in his cell, as well as the difficulties of delivering necessary medicine to the detention facility.

According to the Russian Code of Criminal Procedure, a person charged with a crime of medium gravity (including the one imputed to Balukh) cannot be kept under arrest more than six months after her or his case file arrives in the court. Given this regulation, the activist must be released and the decision of the Crimean Supreme Court simply complies with the law.

It should be noted, however, that another criminal case was instituted against him in August, allegedly for assaulting Valeriy Tkachenko, chief of the detention center where Balukh is being kept. Balukh’s defense asserts that Tkachenko was himself the offender who beat the prisoner and humiliated his dignity. Thus there is a political choice for Russian authorities: to genuinely let the ill Ukrainian patriot go home and care for his mother or to keep him prisoner onwards.