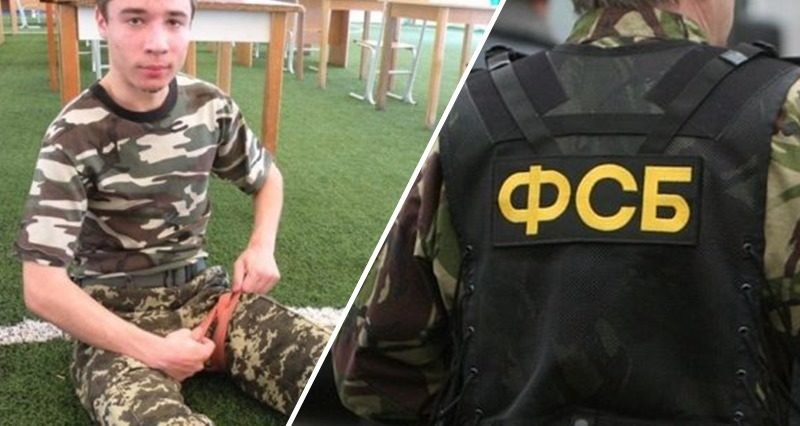 The family of the Ukrainian citizen Pavlo Hryb (Gryb), who was kidnapped from Belarus to Russia, asks non-indifferent people to support him. After the two weeks of silence, Russian authorities acknowledged that Pavlo, a young blogger and son of a Ukrainian border service officer,  was placed in a remand jail in the city of Krasnodar.

A Russian court has arrested him until 17 October 2017 on the absurd charges of “terrorism” although he had never been to the Russian Federation. Pavlo Hryb has been unfit for military service because of a disability, which makes his captivity in the hands of Russian security officers an extremely dangerous fact.

Please share the appeal of Pavlo’s sister Olga we publish below and make your donation, which can save his life.

We all believe that nothing bad will happen to us. I had also shared this opinion until…

My 19-year-old brother, Pavlo Hryb (Gryb), was kidnapped by the Russian security services during his private trip to Belarus on August 24.

I know this sounds like a plot of a Hollywood movie but it is my nowadays’ reality.

For more than two weeks we had no information regarding his location. Fortunately, recently the Russian side has officially confirmed that my brother is being held at a detention facility in Krasnodar Krai in southern Russia. The copy of the FSB letter states the specific allegation that he faces: abetting terrorism, punishable by up to 10 years in prison.

To release Pavlo from the Russian prison, I ask you for the support.

Currently, we do need financial support to pay such expenses as lawyer, visits, medicines. So I ask you to help to return my brother back home. We can do it only together.

If you would like to know more about the situation I invite you to look through the following links:

Please make your modest donation to PayPal olga.gryb906@gmail.com or the following bank account.