On Monday night, a long-cherished dream of 11-year-old Taras Karpyuk, son of the Ukrainian hostage Mykola Karpyuk, came true. Before the super match of the Ukrainian Premier League between Dynamo Kyiv FC and Shakhtar FC, which witnessed seven goals, Taras had led to the ground the Dynamo goalkeeper Artur Rudko. The boy is an ardent fan and is training at a football school, so he will definitely remember this day for years to come. 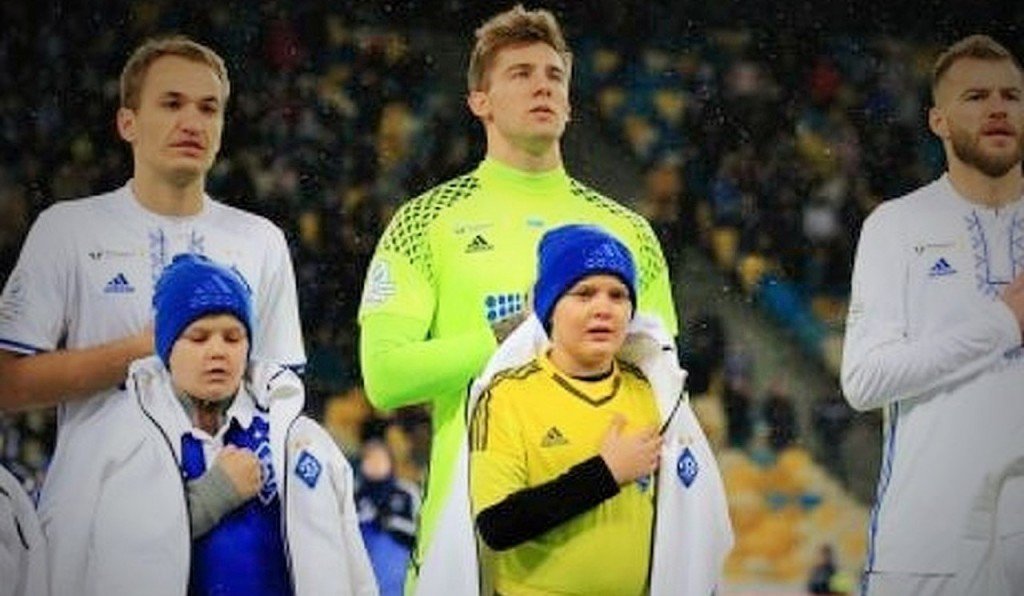 “I believe that despite the difficult situation, the son should have a childhood,” says his mom Olena Karpyuk. She is going to write about this “very emotional and enjoyable” event to her husband, who has been illegally convicted in Russia.”As previously reported, Mykola Karpyuk was sent to the infamous Vladimir jail, where he is to serve his illegal 22.5-year sentence.