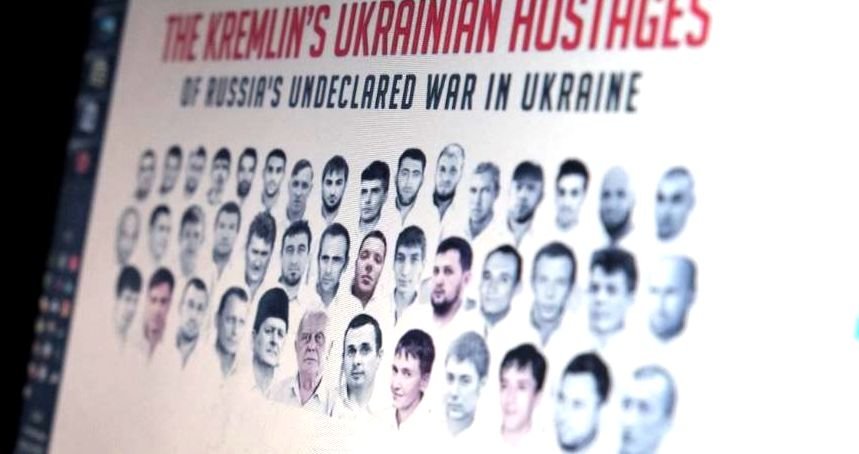 The European Parliament has unequivocally condemned Russia’s sentencing of 47 Ukrainian citizens illegally sentenced by Russia and called for sanctions to be imposed on those responsible for politically motivated processes. This is the fullest list of de facto Ukrainian political prisoners that has been voiced over by international representatives and the first time that sanctions against Russian officials have been proposed for crimes against them.

The European Parliament (EP) urges the Russian regime to end repression against representatives of the Crimean Tatar people and Ukrainians in Crimea and calls for an immediate release of all political hostages illegally imprisoned by the Kremlin in the resolution 2017/2869(RSP) adopted on 5 October 2017. The resolution, supported by the overwhelming majority of parliamentarians, was authored by MEPs from five political groups constituting the liberal democratic majority in the legislative body of the EU. These include, in particular, the factions of the European People’s Party, the Alliance of Liberals and Democrats for Europe, the Progressive Alliance of Socialists and Democrats, the European Conservatives and Reformists, as well as the Greens.

Titled “on the cases of Crimean Tatar leaders Akhtem Chiygoz, Ilmi Umerov and the journalist Mykola Semena,” it in no uncertain terms condemns the recent openly lawless politically motivated trials in Crimea and demands the prisoners are “immediately and unconditionally” released. Akhtem Chiygoz, deputy head of the Crimean Tatar Mejlis, was sentenced on 11 September for participating in a protest in support of Ukraine’s territorial integrity; senior Crimean Tatar leader Ilmi Umerov was sentenced on 27 September for denying Moscow’s “right” to Crimea, and journalist Mykola Semena, who was sentenced on 22 September for writing an article stating Crimea doesn’t belong to Russia under international law. These court rulings “prove that the judicial system is being instrumentalized as a political tool to repress those opposed to the Russian annexation of the Crimean peninsula,” the resolution states.

Of these prisoners, 31 are being held on the territory of occupied Crimea and 21 are Crimean Tatars, most being accused of “terrorism” on fictitious charges, subjected to torture and disparaging treatment. The resolution raises concern over the plight of Crimean children growing up without their fathers and considers this to violate children’s rights and Russia’s international obligations, such as the UN Convention on the Rights of the Child, noting that those rights are specifically violated by Russia’s practice of transferring detainees to its distant regions of Russia, which is in breach of the Russian legislation in force. The latest example of such a transfer was the one of Crimean filmmaker Oleg Sentsov, jailed for opposing the occupation of his homeland, to North of the Arctic Circle.

Notably, the resolution calls for restrictive measures including the freezing of assets and travel bans, i.e. sanctions, to be imposed on those responsible for gross human rights violations, including Crimean and Russian officials responsible for charging and sentencing Akhtem Chiygoz, Mykola Semena, and Ilmi Umerov. This is the first time EU parliamentarians had called for additional sanctions against those responsible for the machine of political sentences against Ukrainians and Crimean Tatars in Russia, besides the EU’s existing sanctions.

The Crimean Tatars, the indigenous population of Crimea who overwhelmingly opposed its illegal annexation in 2014, have met all kinds of reprisals over the last three years, such as abductions, repression of outlets, infringement of their property rights, and other intimidations, the resolution reminds. Especially of concern was the banning of the Crimean Tatar representative organ, the Mejlis, and declaring it an extremist organization on 26 April 2016, and through the ban on their leaders re-entering the peninsula. Ukraine has challenged Russia in court on this decision, accusing it of violating the International Convention on the Elimination of All Forms of Racial Discrimination, and received a partial victory as the court had ordered provisional measures on Russia, concluding that the Russian Federation must reinstate the Mejlis – a decision which Russia had ignored.

Noting that the Russian judicial system can offer little remedy for the appeals of the de facto political prisoners, the resolution calls upon the European Court of Human Rights to treat the considerations from Crimea with the highest priority possible. As well, the resolution calls for international human rights observers, including specialized structures of the UN, OSCE, and CoE, to have unhindered access to the Crimean peninsula for a monitoring mission, an initiative Russia has ignored.

Altogether, this resolution is a particularly welcoming sign and it is to be hoped that it will be followed by actions. As the list of de facto political prisoners grows every day, the last addition being a Ukrainian teenager the Russian FSB abducted and then accused of terrorism, sanctions against the individuals responsible for these misdoings seem to be one of the few ways to influence the situation.