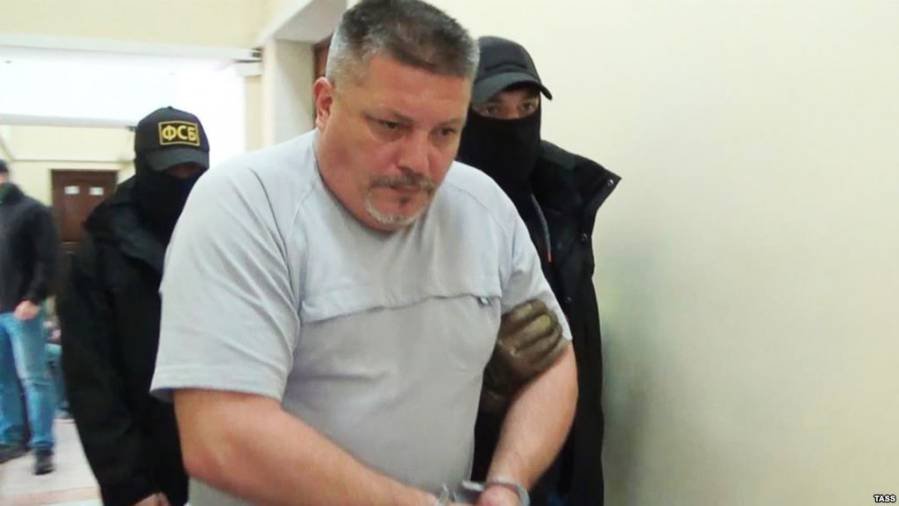 A court in Russian-occupied Crimea has sentenced internationally-known academic Dmytro Shtyblikov to five years’ maximum security imprisonment on wildly implausible ‘sabotage’ charges. Shtyblikov had been prevented from seeing an independent lawyer for over a year, and there are very strong grounds for believing that physical or psychological pressure was used to get him to ‘confess’.

Shtyblikov’s brother Oleksiy has told the Crimean Human Rights Group that the ‘trial’ in the Sevastopol City Court took all of 50 minutes, with the ‘court’ under presiding judge Gennady Vladimirovich Nikitin taking just five minutes to pass sentence.

It was reported back on May 18 that Shtyblikov had agreed to ‘admit guilt’. He has now been convicted of planning ‘sabotage’ under Article 281 of the Russian criminal code and of illegally procuring and holding ammunition and explosives (Article 222.1). As well as the prison sentence, he was fined 200 thousand roubles…