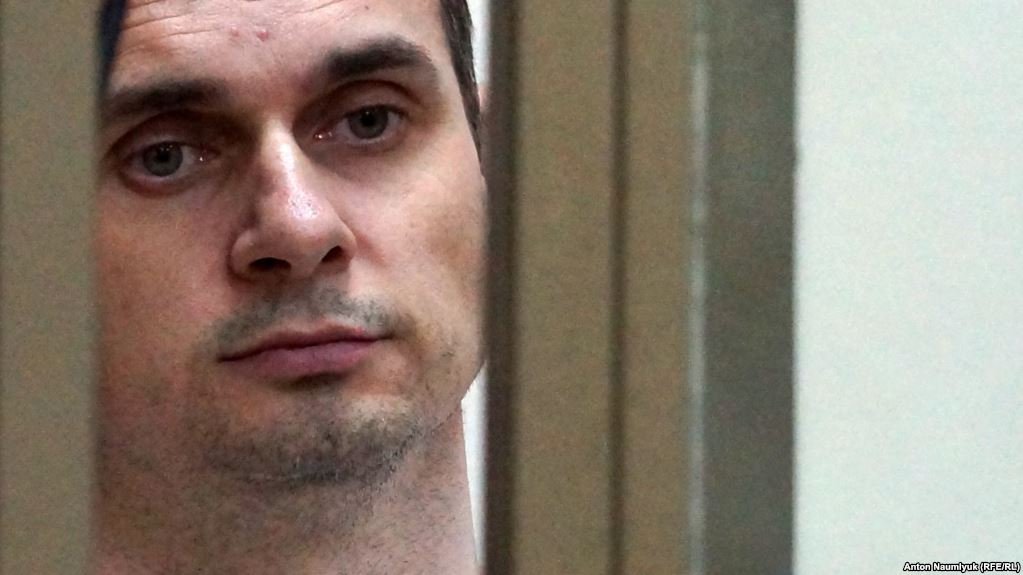 Ukrainian filmmaker Oleg Sentsov, who on 14 May announced a hunger strike until Russia releases all Ukrainian political prisoners it is holding, has written a letter to the G7 leaders asking for help to free them.

The letter comes on the eve of the G7 summit in Canada which will take place 8-9 June 2018. Nataliya Kaplan, Sentsov’s cousin, sent a photo of the letter to the Ukrainian media outlet Hromadske. It reads:

“Dear Sirs and Madams! Thank you so much for what you and your countries do for Ukraine. There is still a lot of work that we have to do ourselves and with your help. For example, to win this hybrid war with our enemy. Regarding the situation with Ukrainian political prisoners, I hope that you will be able to influence their fate and that you will not focus just on one person, for example me, but will help many of them. Good luck in your hard work! Glory to Ukraine!”

There are at least 70 Ukrainian political prisoners held in Russia, according to the campaign to free them, LetMyPeopleGo.

Oleg Sentsov, a native of Crimea, was arrested on 11 May 2014 shortly after the Russian occupation of Crimea. Together with three other Crimeans, Oleksandr Kolchenko, Gennadiy Afanasyev, and Oleksiy Chirniy, he was accused of “plotting acts of terrorism” and being part of the Right Sector, a far-right Ukrainian organization which Russia outlawed. These accusations are based entirely on testimonies of Gennadiy Afanasiev and Oleksiy Chirniy. Both Afanasiev and Chirniy have stated they were tortured by FSB, and after their “confessions” were sentenced to the least possible punishment for terrorism, 7 years of jail, whereas Sentsov, the “leader” of the “terrorist group,” was sentenced to 20 years and Kolchenko to 10 years. On 31 July 2015 Afanasyev retracted his testimony as given under duress. After that, he was beaten again in prison. Sentsov and Kolchenko have stated repeatedly that they were tortured and beaten, and there is nothing to assume that the same didn’t happen to Chirniy.

Since Sentsov started his hunger strike on 14 May, the management of the Russian colony in the Arctic city of Labytnagi has threatened to force-feed him. According to his lawyer Dmytro Dinze, Sentsov will hold the strike until the end.

A number of international actors have supported Sentsov and demanded to free him, including Czech civic activists, Russian writers and researchers, PACE, PEN International, the Association of French filmmakers, intellectuals, the Embassy of the USA in Ukraine, EU, OSCE.

However, few appeals have addressed the fact that Sentsov is holding a hunger strike not only for himself but for the 70 Ukrainian political prisoners held by Russia.

One of these appeals was published recently by Open Democracy. Having been signed by famous intellectuals, including Anne Applebaum, Timothy Snyder and others, it calls upon leaders of states to refrain from attending the World Cup in Russia until the Ukrainian political prisoners are released.

Overall, there are at least 70 Ukrainian political prisoners in Russia who are imprisoned in both mainland Russia and occupied Crimea on trumped-up charges. The reasons for their imprisonment vary, yet most cases are used for the purposes of Russian propaganda, which portray the Ukrainians as dangerous criminal, terrorists, and saboteurs in order to justify Russia’s aggression against Ukraine.