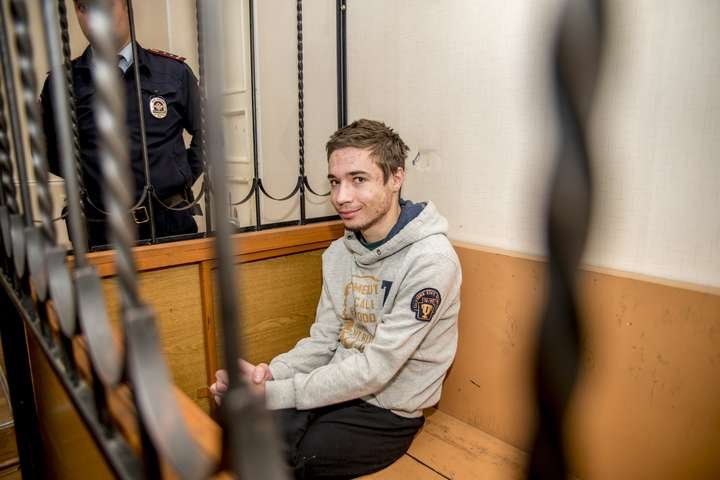 Pavlo Hryb’s detention has been extended until 4 March 2018

Olha Hryb, the sister of Pavlo Hryb, a 19-year old Ukrainian denied medical treatment for severe health conditions who the Russian FSB has kidnapped from Belarus and has accused of terrorism, has addressed the Council of Europe during ongoing discussions about the return of the Russian delegation to its Parliamentary Assembly (PACE), despite Russia having ignored all PACE resolutions, including the one calling on Russia to release all political prisoners. Pavlo is one of the at least 60 Ukrainian de facto political prisoners illegally imprisoned by the Kremlin.

The European Convention on Human Rights stipulates that everyone has the right to liberty and security of person and cannot be arbitrary arrested.

Member states of the Council of Europe agreed to fulfil these and other legally binding treaty norms right after the end of the Second World War which nearly destroyed the European civilization.

The horrors of the Second World went to oblivion, as well as the witnesses of those distant events. Today, citizens of many countries of the Council of Europe do not know what war is, even if it was not officially announced. They do not know what physical extermination on grounds of nationality or personal beliefs is.

Unfortunately, citizens of Ukraine learn this every day, my 19-year-old brother being one of them. His name is Pavlo Hryb. He is a student of the first year of the Philosophy Faculty of the Kyiv-Mohyla Academy. Only last year he graduated from one of the prestigious lyceums of our capital.

Pavlo has a disability since childhood; his life depends on the constant use of medicines. Several months ago, on Independence Day of Ukraine, he was kidnapped by the Russian special service during a private visit to the city of Gomel in Belarus.

Later we learned that just in the middle of the city unidentified persons wearing civilian clothes pushed him into the car and had taken him to the forest, where the first “interrogation” took place.

After that, Pavlo was taken to the city of Yartsevo in the Smolensk region of Russia, where he spent several days in a dark room without windows. And already there he was issued a so-called “legal” arrest.

For more than 110 days my brother is kept in illegal detention in SIZO (preliminary detention facility) No. 5 of the city of Krasnodar in the Russian Federation.

He is the youngest Ukrainian prisoner of the Kremlin, Oleg Sentsov, Olexandr Kolchenko, Roman Sushchenko and many others among them.

Every day his fundamental rights protected by the Convention are brutally violated. Pavlo is not allowed to take medications that are vital to his health, forbidden to communicate in his own language and to see his family.

His only fault was that through social networks he openly condemned the annexation of Crimea and the war started by Russia in eastern Ukraine.

Do we want to live in a world where Russian special services hunt for teens and apply Stalinist terror practices to them?

Are we going to turn blind eye to the fact that representatives of the whole nation are being persecuted because of ethnic origin, as is the case with the Crimean Tatars in occupied Crimea?

Are we going to agree that authoritarian regimes use people as hostages in geopolitical games?

Are we really ready to exchange values for economic interests?

I cannot pass on to you all the pain, my and of my parents, caused by the situation where my brother, yet so young, must every day and every minute atone for being born and grown up in Ukraine which took upon the pass of building democracy and human rights despite the will of Russia.

We understand that every moment his chronic disease – portal hypertension – can be complicated by internal bleeding, and no one in Russian detention facility will be able to provide him with medical assistance.

Since the occupation of Crimea, Russia has not complied with any requirement of the Council of Europe, including the requirement to release political prisoners.

Moreover, Russia has openly ignored the orders of the European Court of Human Rights in the case of my brother and did not allow to him an official delegation of Ukrainian doctors who tried to get to Pavlo in October. Even my mother was refused to see her son.

I appeal to the leadership of the Council of Europe, the member states and PACE members to defend the principles of the rule of law, human rights and democracy.

I am convinced that the voting rights of the Russian delegation in the PACE can only be restored if it fulfils ALL the requirements of the Council of Europe since the occupation of Crimea and, in particular, liberates my brother, as well as dozens of other political prisoners of the Kremlin.

I consider it unacceptable to trade the human fates of those who defend the eastern boundaries of European civilization by their lives. 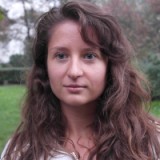 Ukraine’s delegation warns that if Russia returns, Ukraine will leave, and maintains that the participation of Russia in PACE is possible when Russia implements PACE resolutions calling on Russia to end its aggression in Ukraine. Namely, they are resolutions 1990, 2034, and 2063. Russia had not implemented a single call in the resolutions. In 2016, PACE adopted resolution 2112 calling on Russia to release all captured Ukrainian prisoners, as well as 2133  and 2132  which clearly state that Russian troops have to be withdrawn from the territory of Ukraine, that the war in Ukraine is not a “Ukrainian conflict” but “Russian aggression,” and elections in Donbas are not possible in the current situation and declare that Russia bears full responsibility for the occupied territories and rules out the return of the Russian delegation to PACE before the Minsk agreements are implemented and territorial integrity of Ukraine is restored.

Source: original publication in Ukrainian on pravda.com.ua, English translation courtesy of Permanent Mission of Ukraine to the Council of Europe