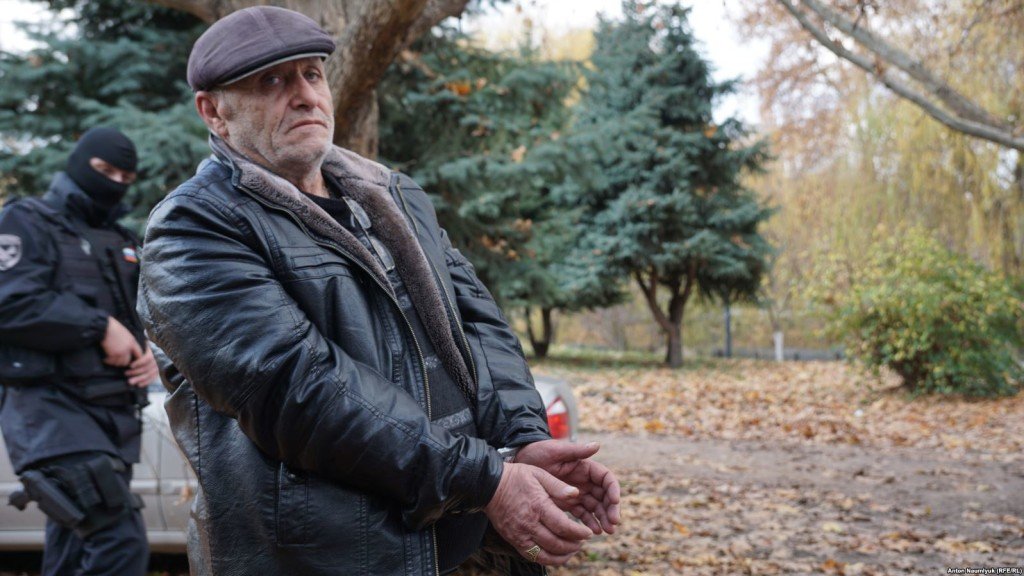 On December 14, 2017, at three o’clock in the morning, 57-year-old Crimean Tatar activist Bekir Dehermendzhy, who was put in the Simferopol SIZO [pre-trial detention center] and accused of supposed extortion according to a fabricated case, was taken to an emergency department.

Bekir Dehermendzhy is a disabled person of the third group; he suffers from bronchial asthma. Currently, Mr. Dehermendzhy’s health state is severe due to pulmonary edema and cardiac failure. At the moment, he is put in a medically induced coma and is on a mechanical ventilator of the lungs. According to the information received from his relatives and lawyer, the prisoner is at the 7the Municipal Hospital of Simferopol where he is unconscious and kept in handcuffs. The wife of Mr. Dehermendzhyand his lawyer are not allowed to enter his ward; three de facto police officers wait in front of the ward; a large number of so-called law-enforcers are near the hospital. During the past five days, Bekir Dehermendzhy could not sleep because of acute asthma. His lawyer required hospitalization and medical treatment, but the de facto court dismissed the request of the attorney. On December 6, 2017, the de facto court dismissed the appeal concerning the selected preventive measure. During the trial, Bekir Dehermendzhy felt bad. An ambulance was called but the arrest has not been canceled. During the hearing, the activist wore an oxygen mask.

Bekir Dehermendzhy was arrested and detained on November 23, 2017, together with three other Crimean Tatars. The arrests took place as a result of a covert operation conducted by Russian security forces: de facto law enforcement officers arranged a provocation against 83-year-old veteran of the Crimean Tatar national movement Vedzhie Kashka and the activists, and then, with the use of brute force, the officers detained the activists in the “Medobory” cafe in the city of Simferopol. As a result of these actions, Vedzhie Kashka died because of a heart attack. Four detainees (Asan Chapukh, Bekir Dehermendzhy, Ruslan Trubach, and Kyazym Ametov) have been prosecuted for alleged extortion. On December 6, two weeks after the arrest of Asan Chapukh, he had a minor stroke that occurred while he was in SIZO, the left side of his body became numb. Necessary medical aid has not been provided to him.

Mustafa Dehermendzhy, a son of Bekir Dehermendzhy, was arrested in the so-called “26 February” case in May 2015. In April 2017, the de facto court chose house arrest as a preventive measure for him. The trial is ongoing in his case.

We demand the government of the Russian Federation, which controls the territory of Crimea:

We appeal to the governments of Ukraine and other states, as well as international organizations, to monitor Bekir Dehermendzhy’s health condition, facilitate the provision of qualified medical assistance and his release,and demand a fair hearing of charges against him and other accused persons.

We appeal to the international organizations, governments of the EU member states, Switzerland, United States, and Canada:

to monitor the health condition of Bekir Dehermendzhy  and other persons accused in the so-called “extortion case” as well as the number of other politically motivated criminal cases;

to make public calls on the Russian Federation requesting the immediate provision of qualified and comprehensive medical care to Bekir Dehermendzhy and other political prisoners in need of such assistance.

Olha Skrypnyk, Chai of the Board of the Crimean Human Rights Group

Maria Tomak, Coordinator of the Media Initiative for Human Rights

Oleksandra Romantsova, Deputy Chair of the Board of the Center for Civil Liberties