Today is the birthday of little Khadija, the daughter of Rustem Ismailov, who was arrested in Crimea on October 12, 2016. We heartily congratulate her, as well as her mother and two younger brothers, and wish the most important thing: that the father would soon return to their family. We wish that the black page in the history of her native land would be turned, and her parent’s home would always be the core of comfort and love, not despair and fear. 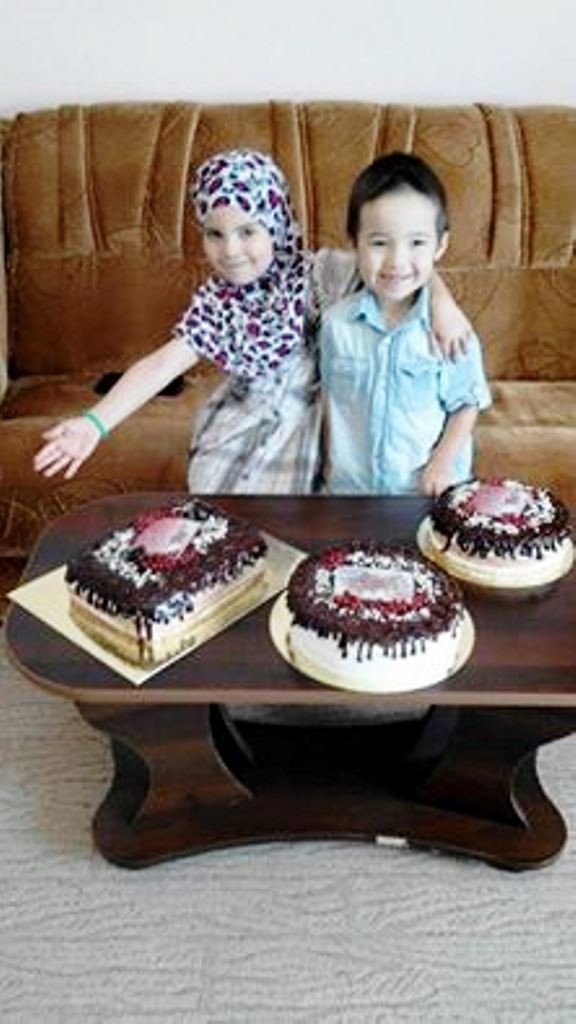 My daughter is seven today. Thank God for my wonderful daughter Khadija!..

One more family event in our family is going without my husband… our beloved daddy.

Rustem is a very careful father of our children: he is always concerned about their proper upbringing. For our Khadija, Rustem is not only her dear Babashka [Daddy], but also a friend, adviser and mentor! And now he has already spent 24 days in custody just because he had been in compliance with our religion, taken care of bringing up the children and been an honest and upright man!

Fatma, the wife of Rustem Ismailov

Rustem and four other Crimean Muslims captured on October 12 were groundlessly accused of involvement in the international Islamic organization Hizb ut-Tahrir, which Russia (in contrast to the rest of the world) declared ‘terrorist.’ “They looked like humans but behaved not like humans,”  said little Khadija recalling the arrival of Russian ‘law enforcers’ that terrible morning. Along with the daughter, the Ismailovs have two sons: 2 y.o. Khalid and 6 y.o. Fatich.