On 2 April 2019, the documentary “Putin’s Hostages: Ukrainian political prisoners of the Kremlin” was shown in the KinoKrokodil movie theater in Berlin. The screening, organized by Libmod, Euromaidan Press, and Very Nice Media, was followed by a discussion with the filmmakers, human rights activists, and relatives of the prisoners.

The screening started with a flashmob in support of Crimean solidarity, an association of activists resisting repressions in occupied Crimea, members of which were arrested during the raid on Crimean Tatar homes on 27 March. #StandWithCrimeanSolidarity 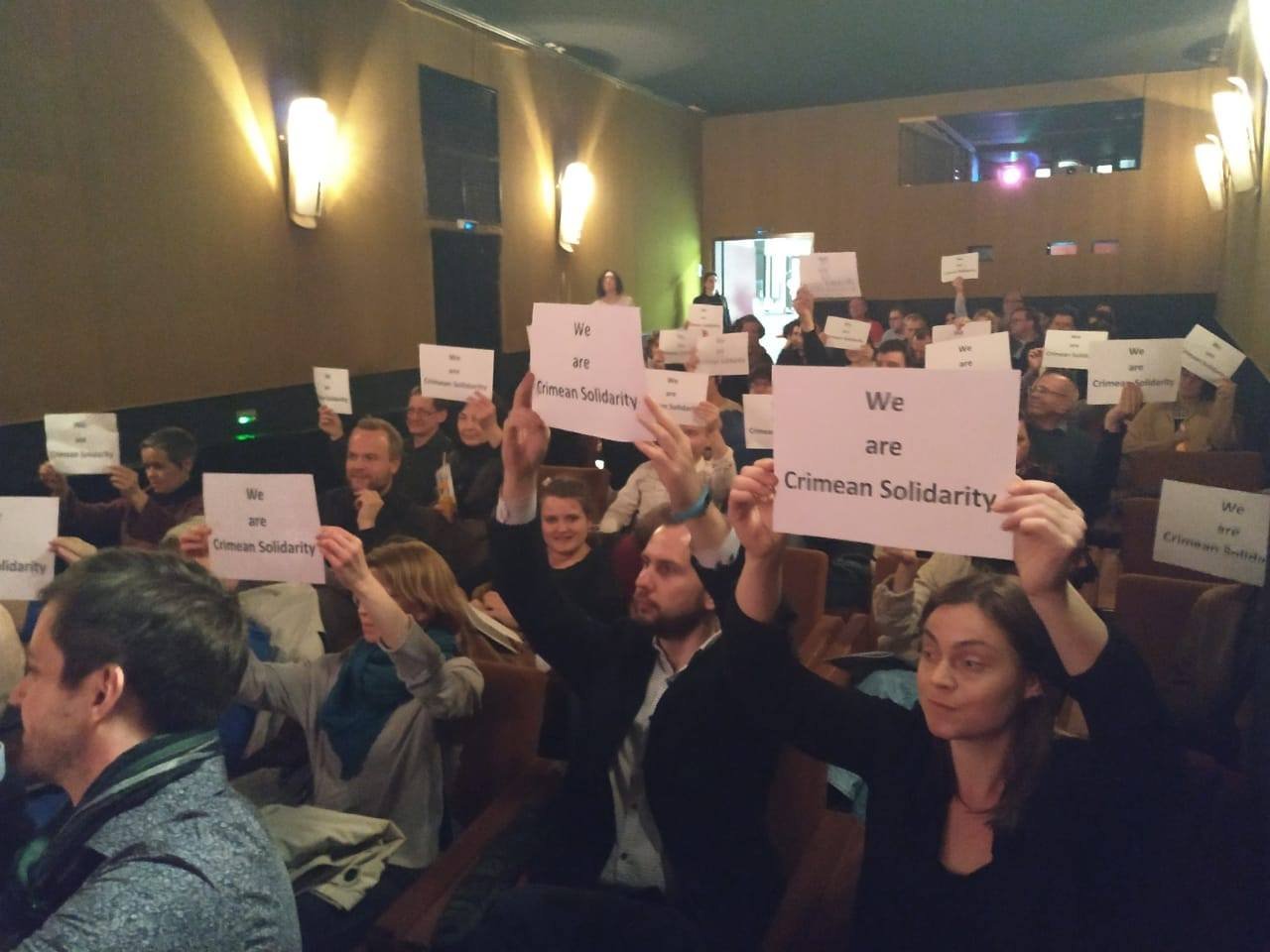 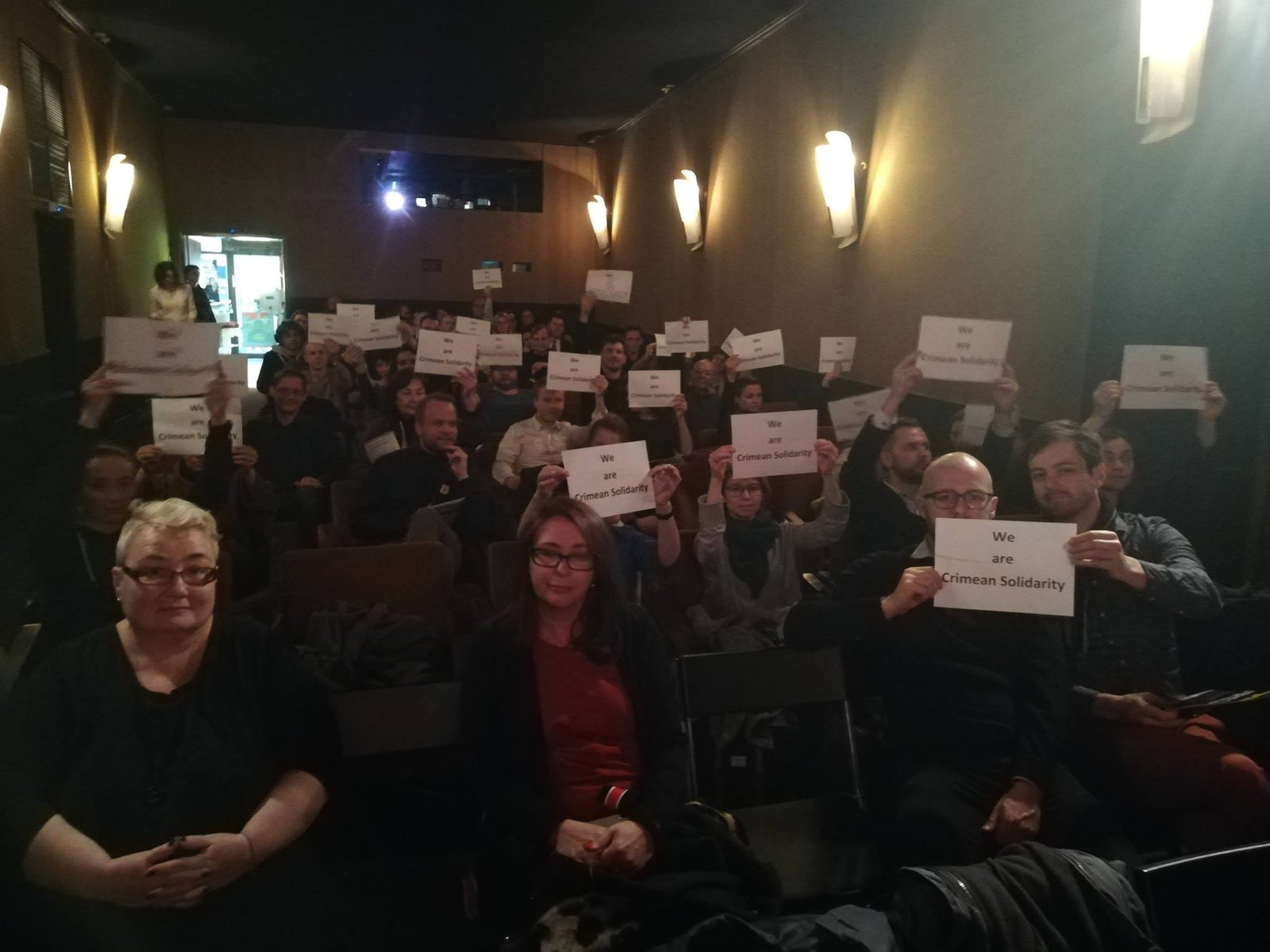 Then Marieluise Beck, head of the LibMod – Zentrum Liberale Moderne, the partner of the screening, took the floor. She called upon the future Ukrainian President to pay attention to the problem of Ukrainian political prisoners. 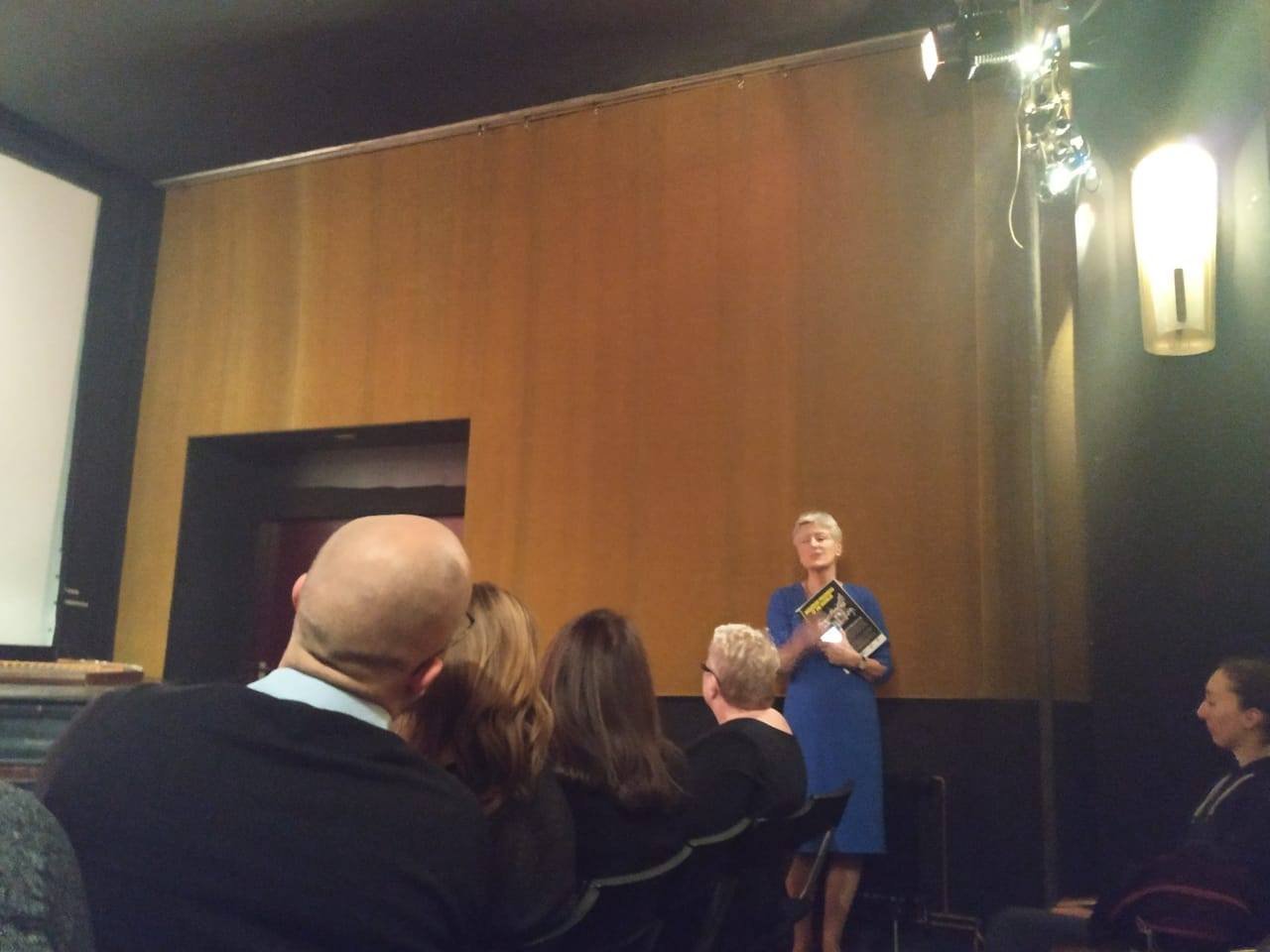 After the screening, a discussion took place with the participation of filmmaker Piotr Malinowski and producer Alya Shandra, Igor Kotelianets, brother of political prisoner Yevhen Panov and Head of the NGO Association of Relatives of Political Prisoners of the Kremlin, and human rights activist Maria Tomak. 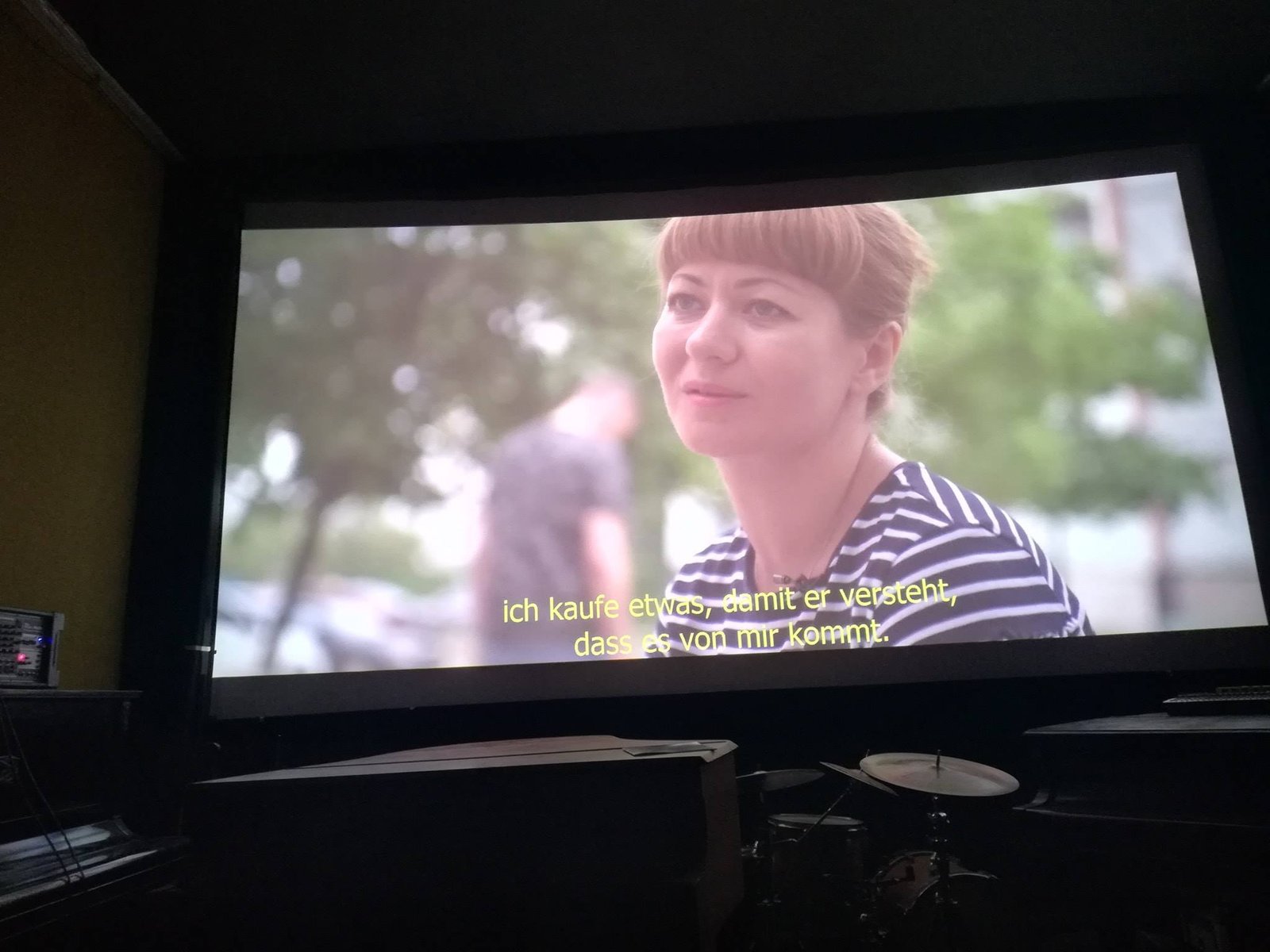 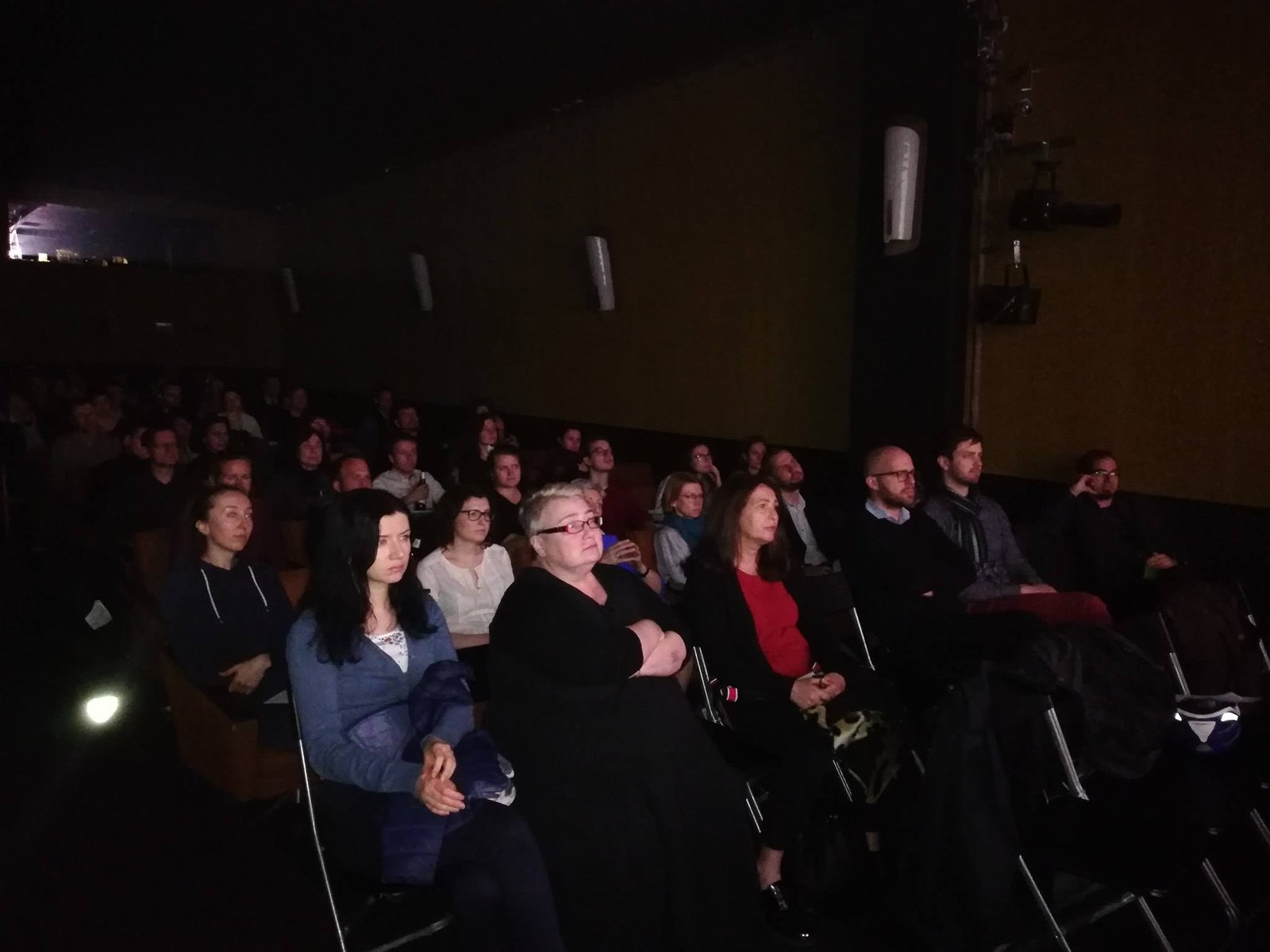 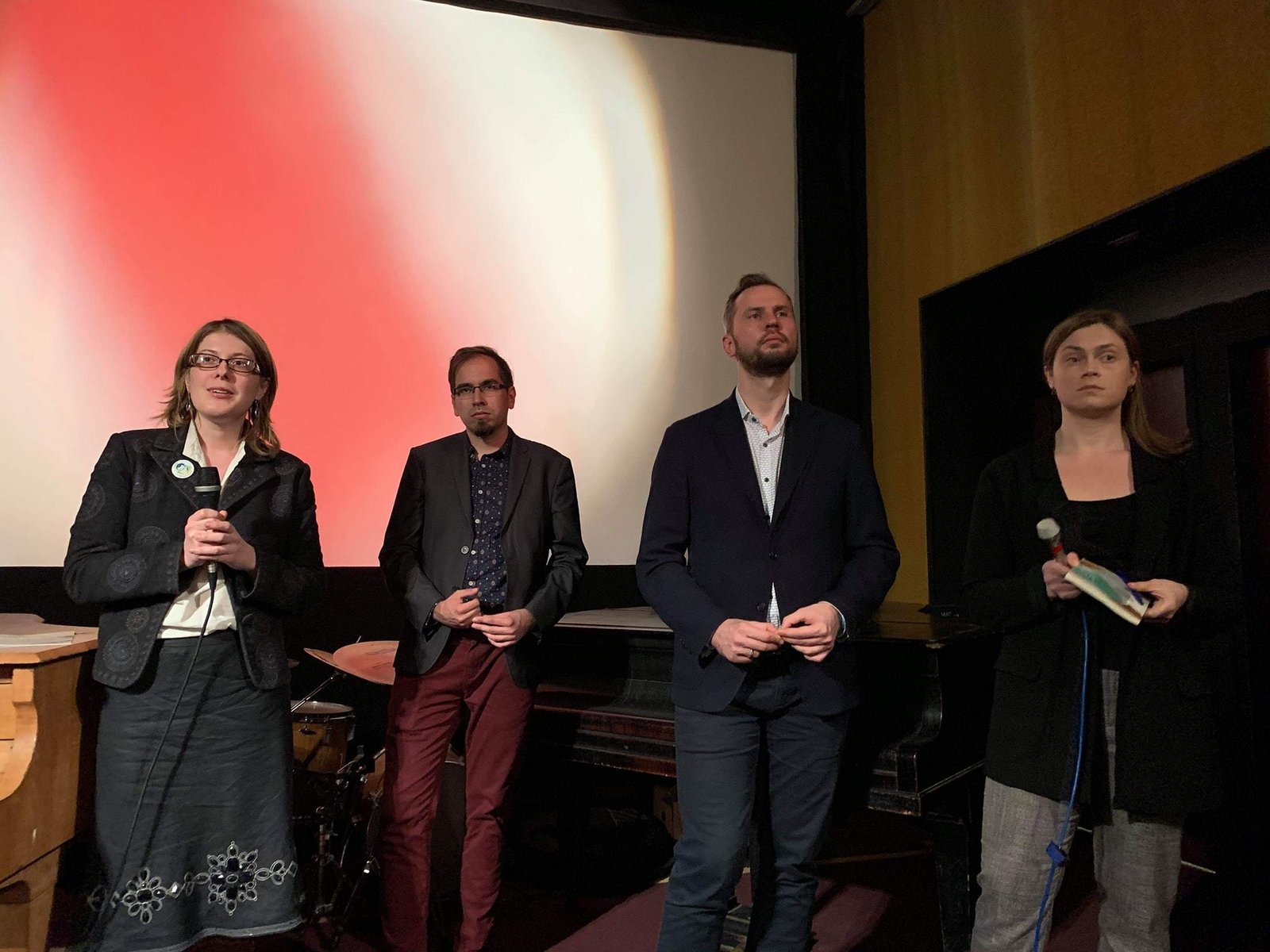 Afterward, everyone could take a photo with the legendary Ronald Wendling, the former political prisoner in the GDR who holds a weekly picket in front of the Russian embassy in Berlin, demanding to free the Ukrainian political prisoners, and his posters. 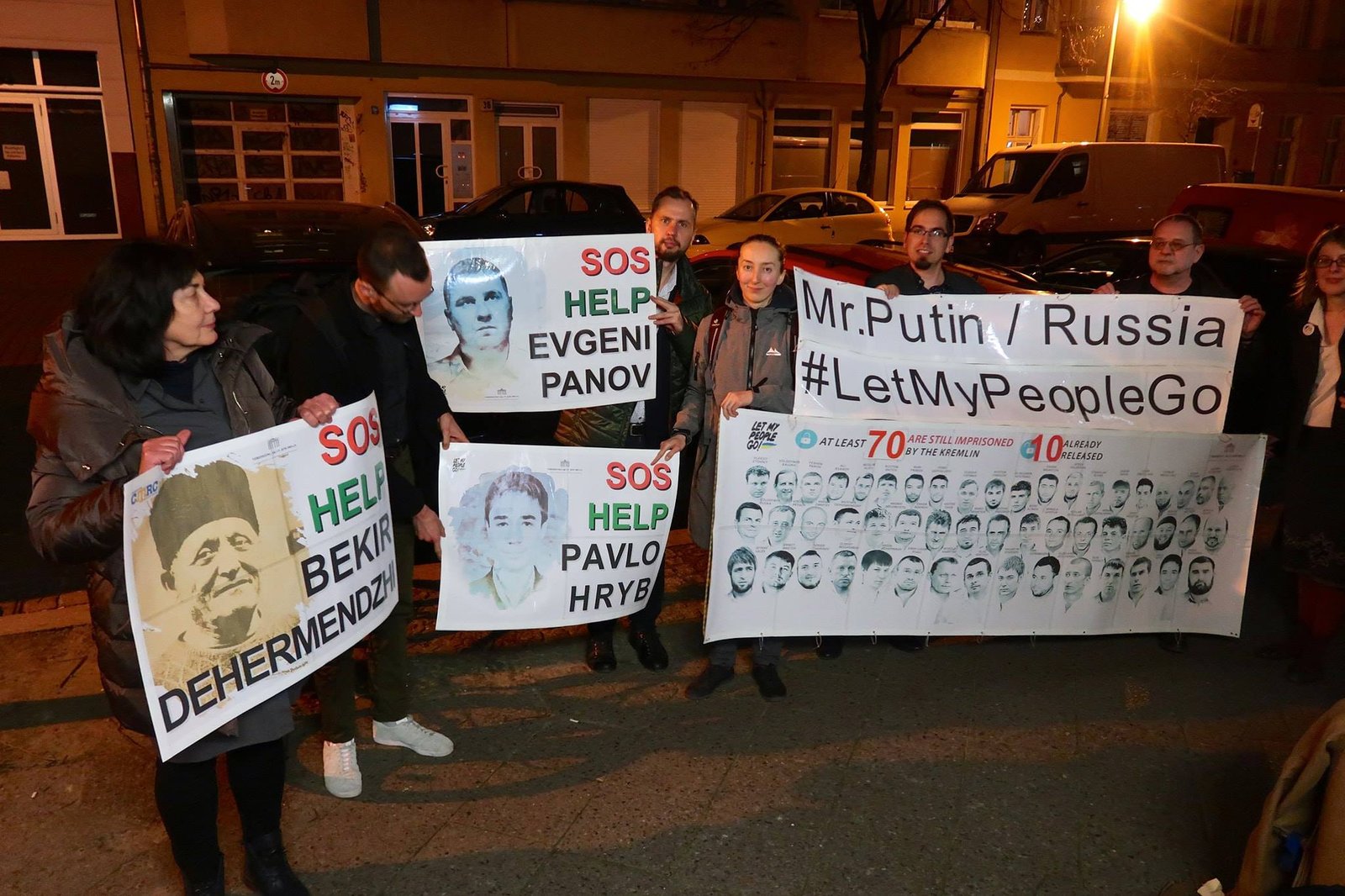 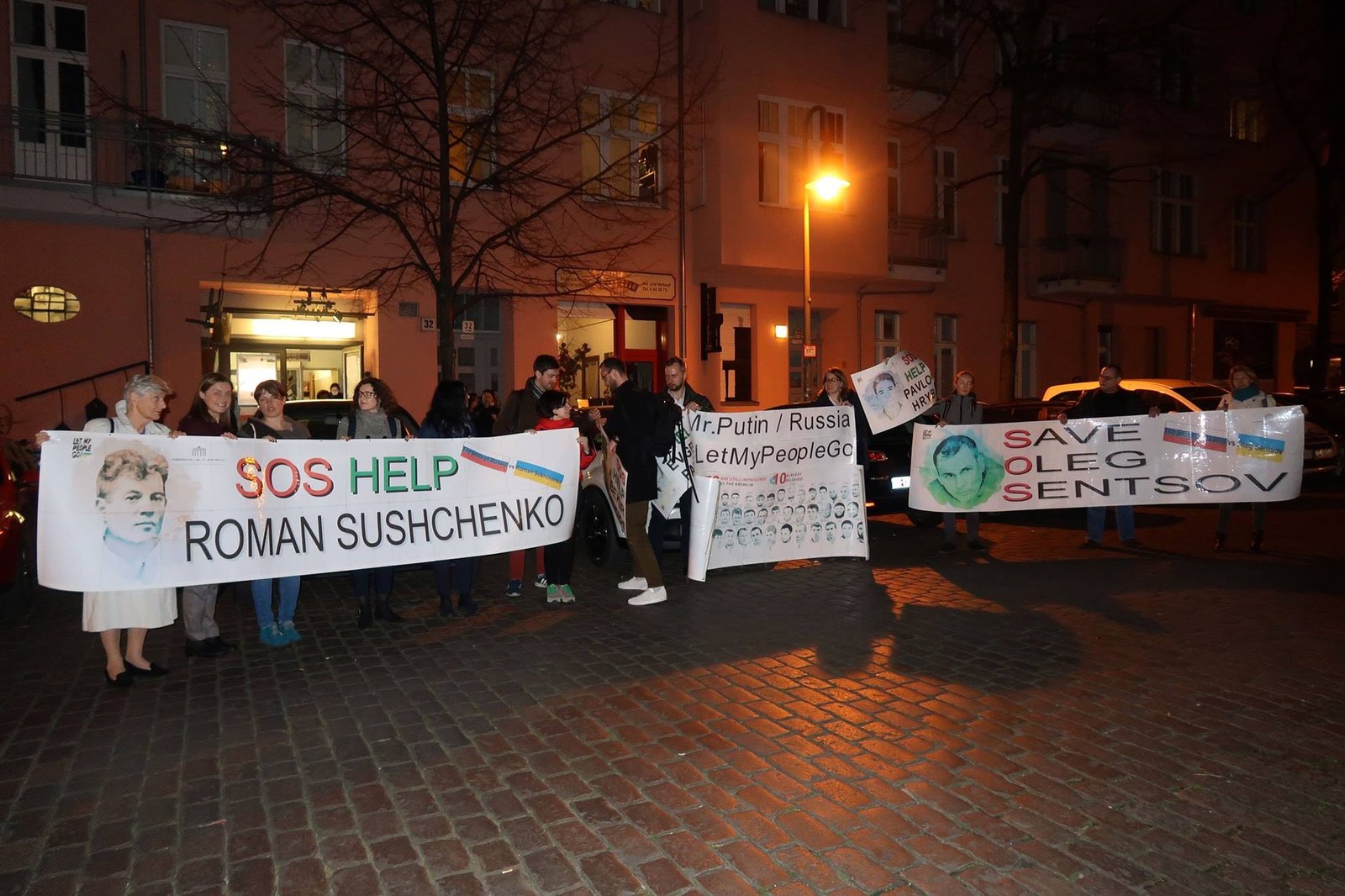 Apart from the screening of the movie, the Ukrainian delegation used the trip to Berlin to meet with political advisors to the main German political parties, the chancellor’s office, the Ministry of Foreign Affairs, the Greens party foreign relations committee, as well as journalists and activists. More decisive steps to help the Ukrainian prisoners were proposed, namely – adoption of sanctions against Russian officials guilty of capturing, torturing, and sentencing Ukrainians on political motives, as well as the establishment of an international platform to negotiate the fate of the Ukrainian hostages.

Photos by Olha Tanasiychuk and the organizers