Tell about the Kremlin hostages at the Berlinale

Russia’s aggression against Ukraine didn’t stop with the occupation of Crimea and war in Donbas.

Absurd trials with fabricated cases, conspiratorial accusations of “terrorism,” imprisoned lawyers and journalists, repressions against the native population of Crimea have left around 40 Ukrainians held as hostages of the Kremlin’s aggressive policies. We at the LetMyPeopleGo campaign advocate for the release of all of them. 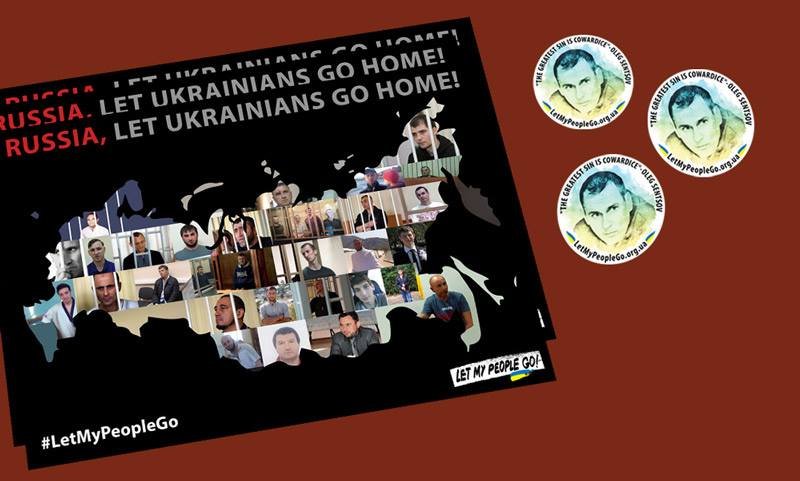 The Trial, a documentary about the most famous of the hostages, Ukrainian filmmaker Oleg Sentsov, will be premiered at the International Film Festival in Berlin, one of the major events of the film industry. Help us raise awareness about Oleg’s case and the rest of the Ukrainians from the LetMyPeopleGo list by making a donation for printing materials about Kremlin’s hostages!

Your money will be used for printing:

The materials will be disseminated at a discussion of The Trial at the Berlinale.

Already 6 hostages of the Kremlin have been released. Some of them, like Nadiya Savchenko, were released thanks to international support. Every step towards illuminating the crimes of Putin’s regime is a step towards the freedom of unjustly imprisoned people.

Be their voice at the Berlinale.

Read more about The Trial