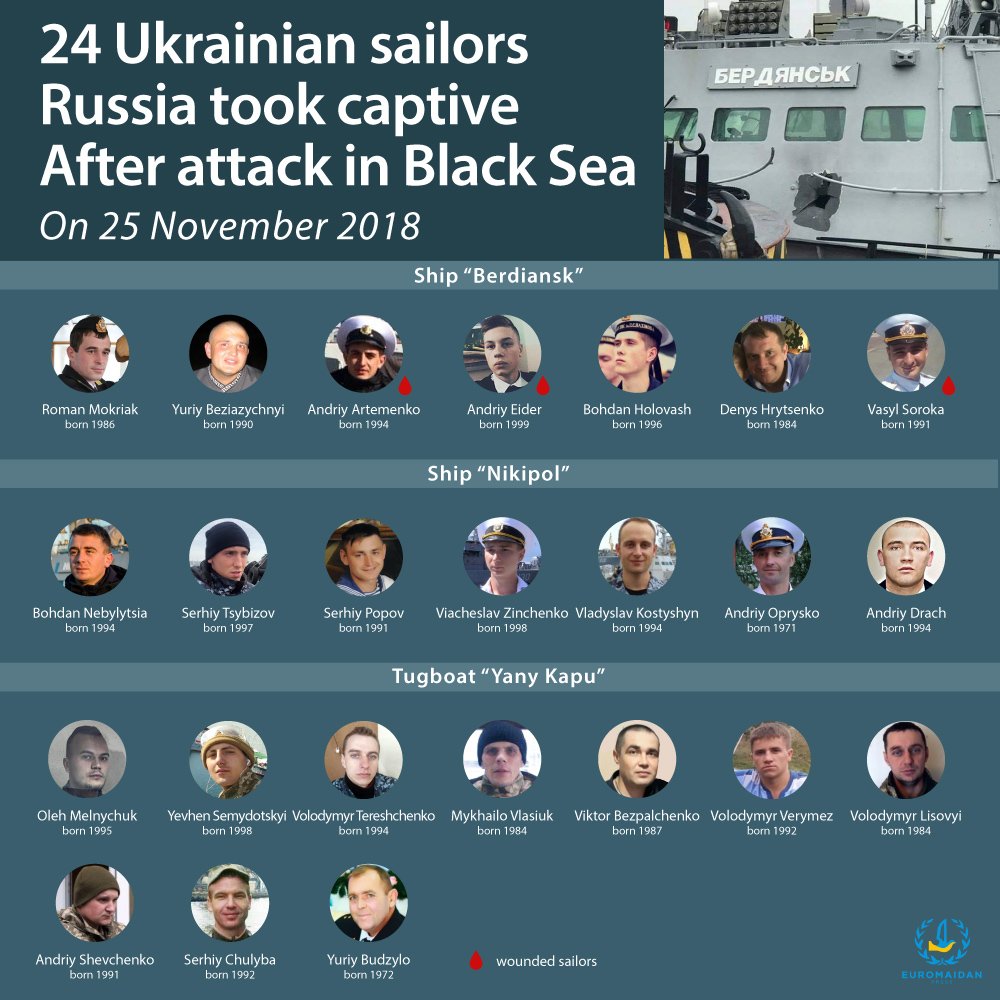 Russia has taken 24 Ukrainian Navy sailors captive after attacking three Ukrainian Navy boats in the Azov Sea on 25 November 2018 and has placed them under arrest until 25 January 2019. Ukrainian officials and lawyers claim the captives are POWs and their arrest and transfer to a Moscow remand prison violates international law.

Political leaders from around the world have called upon Russia to release the captives. But also extremely important to support them now with letters and postcards, say former Ukrainian political prisoners of the Kremlin and their relatives.

Oleksandr Kostenko, a Ukrainian political prisoner who recently released after being imprisoned on politically motivated charges in Russia, said:

“People, please support these boys. Support the Ukrainian sailors. It’s very important for them, especially under those conditions that they are in. I felt this myself, when I was in the Russian prison. I never thought that a simple letter from home, from Ukraine, could so motivate to fight and give so much energy. I saw many times how a person in jail was joyous like a child upon receiving a letter. I was so happy for each letter myself. Please write to our sailors, give our defenders this gulp of freedom from home. This will inspire them and give them additional power to continue the fight.”

Letters can be sent in three ways:

Open the table in a separate window

“Right now it’s very important to write letters. It’s more important than sending them parcels. Relatives organize things and food. But there, under the circumstances of an information war, nobody supports them morally. The fight with yourself is the hardest fight. Help them deal with thoughts they don’t need and give them a signal that they are known about, that all their actions are supported, that they are awaited for at home. Now, the Russian FSB instigates the opposite thoughts in them. Help resist this! Write letters! It’s the most important and easiest thing any person can do.”

Don’t forget that around 70 Ukrainian political prisoners of the Kremlin are also waiting for your letters:
http://letmypeoplego.org.ua/letter/