60 MEPs call on the EU to boycott FIFA-2018 over Russian wars, Ukrainian hostages of the Kremlin 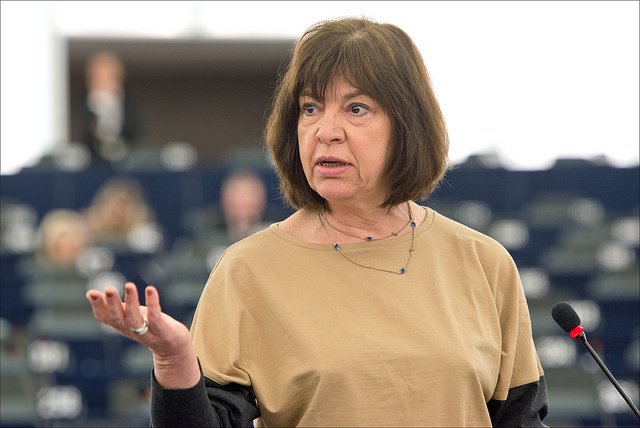 An open letter with this demand was initiated by Rebecca Harms, expert on Eastern Europe of the Greens/EFA group in the European Parliament

60 Members of the European Parliament from 16 EU countries and 5 different political groups have signed an open letter calling upon EU governments to boycott the FIFA World Cup 2018, which is planned to be held in Russia. The letter was initiated by Rebecca Harms, expert on Eastern Europe of the Greens/EFA group in the European Parliament.

The letter calls on government officials, who represent EU citizens, to join Island and the UK in boycotting the World Cup over Russia’s wars in Syria and Ukraine, war crimes in Syria, occupation of Crimea, and holding of Ukrainian political prisoners.

Rebecca Harms commented on the letter thus, as per her press service:

“Vladimir Putin is responsible for the occupation and war in Ukraine. He supports the brutal dictator and torturer Assad. The Russian army is responsible for horrendous war crimes in the war in Syria. President Putin is not a good host for the World Cup, while the war in Syria and Ukraine continues. He is not a friendly host as long as he supports right-wing extremist and anti-democratic parties in the EU, and tries to meddle into elections. Democratic governments should not contribute to Putin’s self-staging as the strong man, whom the great and powerful of the world honour. Nobody should forget that three days after the Winter Olympics in Sochi, the Russian army occupied Crimea. This shows how serious he was four years ago about the Olympic idea of mutual understanding between nations.”

Here is the text of the letter:

To all EU governments,

We, Members of the European Parliament, call on you, as representatives of the people in the European Union, to join the governments of Iceland and the UK in not attending the 2018 FIFA World Cup in Russia.

European values: indiscriminate bombings of schools, hospitals and civilian areas in Syria; the violent military invasion in Ukraine; systematic hacking; disinformation campaigns; election meddling; trying to destabilize our societies and to weaken and divide the EU – all this doesn’t make for a good World Cup host.

While we agree that sport can help build metaphorical bridges, as long as Putin is blowing up real ones in Syria, we cannot pretend this World Cup is just like any other major sporting event.

As long as Putin is illegally occupying Crimea, holding Ukrainian political prisoners and supporting the war in Eastern Ukraine we cannot pretend that this tournament’s host is our welcoming neighbour.

And as long as political dissidents and the free press are in constant danger in Russia and beyond, we cannot turn our backs on them to shake Putin’s hand in a football stadium.

Three days after the 2014 Winter Olympics in Sochi, Putin invaded Ukraine, and the world watched in dismay. This time, we can make things right by not cheering at his grave violations of human rights at the 2018 World Cup.

The world is looking at Europe in these difficult times. Our governments should not strengthen the authoritarian and anti-western path of the Russian President, but boycott the 2018 FIFA World Cup in Russia and raise their voices for the protection of human rights, of democratic values and peace.