The famous Hollywood actor and director Johnny Depp has spoken out in support of his colleague, the Ukrainian filmmaker and Kremlin’s political prisoner Oleg Sentsov. Thereby Depp joined the global campaign Imprisoned for Art, which advocates the freedom of expression and creativity. Depp was taken full face and profile, as if himself a defendant, with a plate on his neck showing the date of Sentsov’s illegal capture in Crimea (May 11, 2014), the place of his imprisonment (Yakutsk, Russia) and his prison term (20 years).

The site of The Voice Project, which initiated the campaign, has now a page devoted to Oleg Sentsov. The page invites its visitors to send an appeal to Russia’s Permanent Representative to the UN Vitaly Churkin demanding his government annul the unlawful sentence on the Ukrainian prisoner and release him immediately. If not reviewed or canceled, this sentence will make Sentsov suffer in jail until 2035.

The campaign Imprisoned for Art aims at stepping up the efforts to release the prisoners of conscience from different countries, familiarize the public with their stories and raise funds for their support. A number of reputed artists, along with Johnny Depp, have joined it, namely the musicians Peter Gabriel, Alex Ebert, Ana Tijoux and Tom Morello, and punk group Pussy Riot member Nadya Tolokonnikova, who had spent one and a half years in Russian jail for an anti-Putin political performance. Each of them represents one artist who is currently in prison in Russia, Vietnam, Eritrea, Thailand, Saudi Arabia, and Turkey. 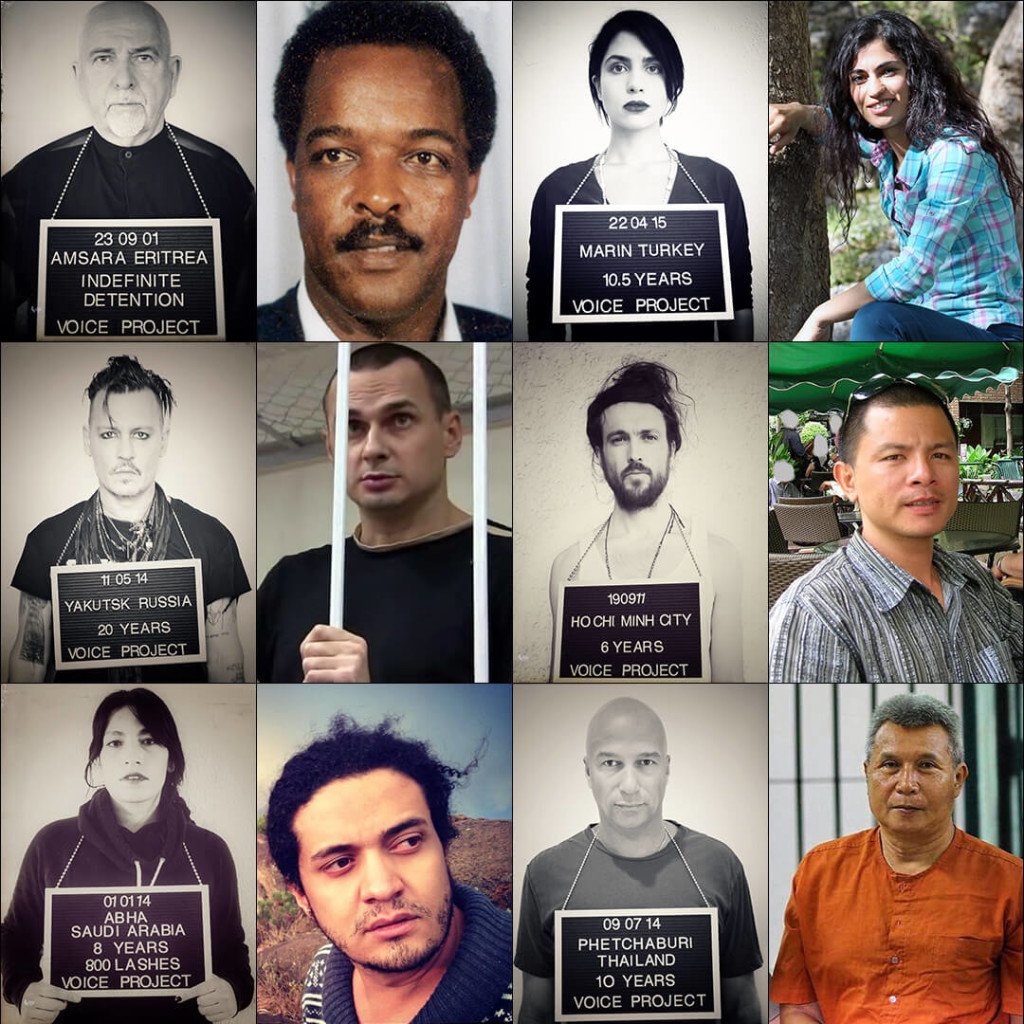 The American singer and composer Alex Ebert, who became one of the faces of the campaign, believes that what we can oppose to the systematic suppression of freedom is our solidarity with those who are suffering from its lack right now:

It is the one true super power within human reach. The privileged standing with the oppressed. The comfortable with the uncomfortable. To oppress art is to oppress the spirit that makes art, and if another’s spirit is oppressed, mine cannot rest. So we give this small token for our oppressed friends, in solidarity. 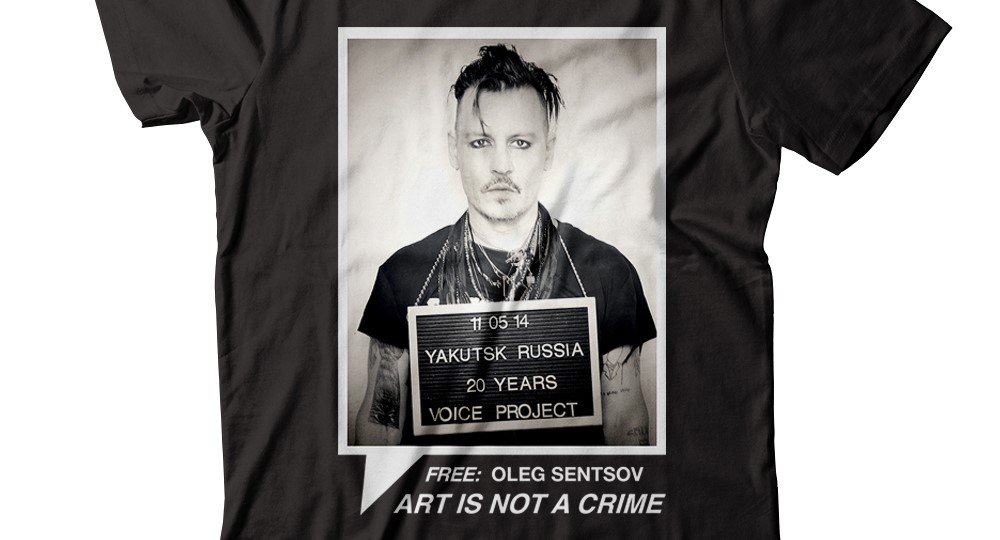 Everyone can support the campaign by buying a T-shirt with a photo of its participant. Among them there is a shirt Free Oleg Sentsov with Johnny Depp and the motto Art Is Not a Crime. A description on the page of the online shop points out that Sentsov’s conviction was intended to be an example for other supposed dissidents in Crimea after its Russian annexation. Oleg was tortured, the description continues, but has not backed down.

Freedom of expression is easily taken for granted until it is gone, reads the statement of the campaign Imprisoned for Art:

We speak up for those who speak out, for those imprisoned around the globe for having raised their voice in dissent. We have to stand up for each other, no matter the distance, no matter the borders. You never know when you’ll need the same in return.