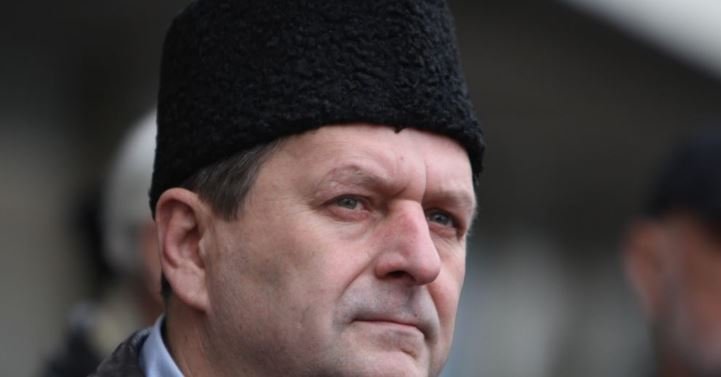 The last word of Akhtem Chiygoz, the deputy head of the Mejlis of the Crimean Tatar people, in the so-called Supreme Court of the occupied Crimea, was published by his lawyer Nikolai Polozov.

The trial against Akhtem Chiygoz has been ongoing since January 2015. The Crimean Tatar politician was detained for participating in the demonstration in support of Ukraine’s territorial integrity in front of the building of the Parliament of Crimea on 26 February 2014. Then, the protesters were opposed by pro-Russian activists. Two people died in the clashes and jostle.

The Russian authorities of occupied Crimea accuse Chiygoz of organizing mass riots and have asked for a punishment of 8 years in prison. However, his defense argues that video recordings from the protest refute the accusations and witness testimonies – on them, Chiygoz does not do the things he is accused of, particularly – to commit violence, destroy property, and seize buildings.

Earlier, the Russian court examined “Chiygoz’s case” in the framework of the “February 26 cases,” where Ali Asanov and Mustafa Dehermendzhi were also accused. On 20 July, this case was split into two separate ones at a closed court session, and Akhtem Chiygoz is now being tried separately.

During Chiygoz’s lengthy imprisonment, his elderly mother died. The politician’s lawyers managed to grant him a short meeting with her.

Here we publish Akhtem Chiygoz’s last word, which he pronounced on 9 August, according to the materials of qha.com.ua.

Before my mother died, I asked her for forgiveness, for the fact that as a son I could not be with her in her last difficult days.

Gathering her last strength, she said: “I am proud that I brought up such a son!”

Whatever I do, no matter how hard it is for me now, and I don’t know if I will ever come out of here alive, but what frightens me the most is that my actions, thoughts, statements could disgrace me as a person, as a Crimean Tatar, and my people would be ashamed of their trust and my election to the Mejlis of the Crimean Tatar people. 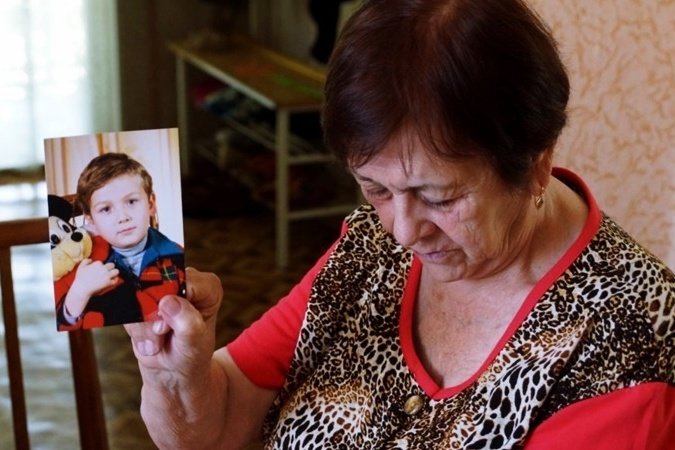 I, like other members of the Mejlis, gave this oath, bowing my knee and kissing the national banner, in the courtyard of the Khan’s palace, the symbol of our people, the center of the centuries-old statehood of the Crimean Tatars.

The people elect their leaders themselves.

Nothing broke the will of our people, nothing could destroy our identity, love for our home country, for our Motherland, which were passed on from generation to generation.

For the Crimean Tatars, as for many other peoples, the concepts of “civic duty,” “patriotism,” “national dignity” carry a special value.

On 26 February 2014, Crimean Tatars and other citizens of Ukraine once again came out to protesting against the threats to Ukraine’s territorial integrity and demand to call bring the adventurers in power and political rascals to responsibility.

In the future, during the occupation of Crimea, Crimean Tatars along with other citizens of Ukraine, despite numerous provocations by these forces, abductions, murders, searches, arrests, prohibition on holding commemorative mourning events, huge fines for the slightest manifestation of activity, despite the use of wide repressive methods, have continued and still continue to fulfill their civic duty.

These are the circumstances that irritate these forces, lead to anger and make them initiate trials of innocent people.

A politically biased process that has already gone down in history as “the case of February 26” continues for more than 2 years. The process aims, of course, to intimidate the Crimean Tatars, to strangle and minimize their activity in defending their rights, supporting Ukraine and the world community, which do not recognize the illegal annexation of the Crimea. 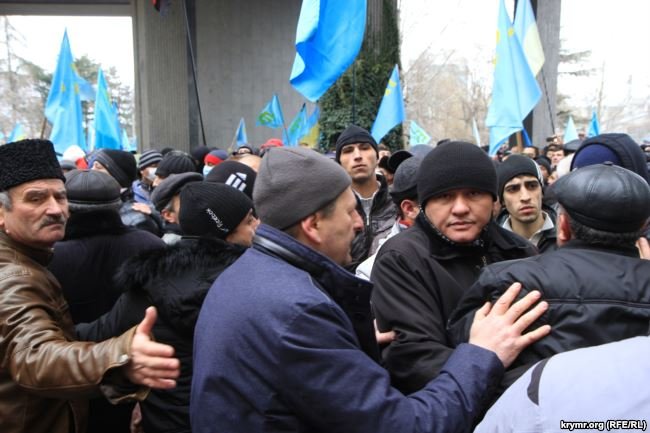 It is obvious to everyone that the criminal case against Akhtem Chiygoz does not exist. The incidents that occurred on 26 February 2014 during a peaceful rally, initiated by the Mejlis of the Crimean Tatar people, were provoked by persons who subsequently contributed to the military occupation of the Crimean peninsula.

So, the people being judged are not the traitors with goals and intentions of changing the territorial integrity of Ukraine, who subsequently abducted and killed people, illegally vested themselves with the power to rule and to judge.

The people being prosecuted are those who defended the laws of the country, international norms, and rules. The trial was initiated by the occupying country, which has no right to this.

In such a situation, and knowing all the true intentions of those who ordered this trial, it is impossible to talk about any objectivity or independence of the court.

I am destined to accept this sentence as a verdict for the entire Crimean Tatar people delivered on behalf of the Russian Federation that had occupied my Motherland.