More than eighty Russian writers, journalists, and scholars, mostly the members of the Russian PEN Center and the Free Historical Society, have signed the petition calling on President Putin to pardon the Ukrainian filmmaker Oleg Sentsov, who is serving his 20-year sentence in a Russian prison. The petition was published in Russian by Colta.ru on Dec. 24, 2016, and below we provide the translation. 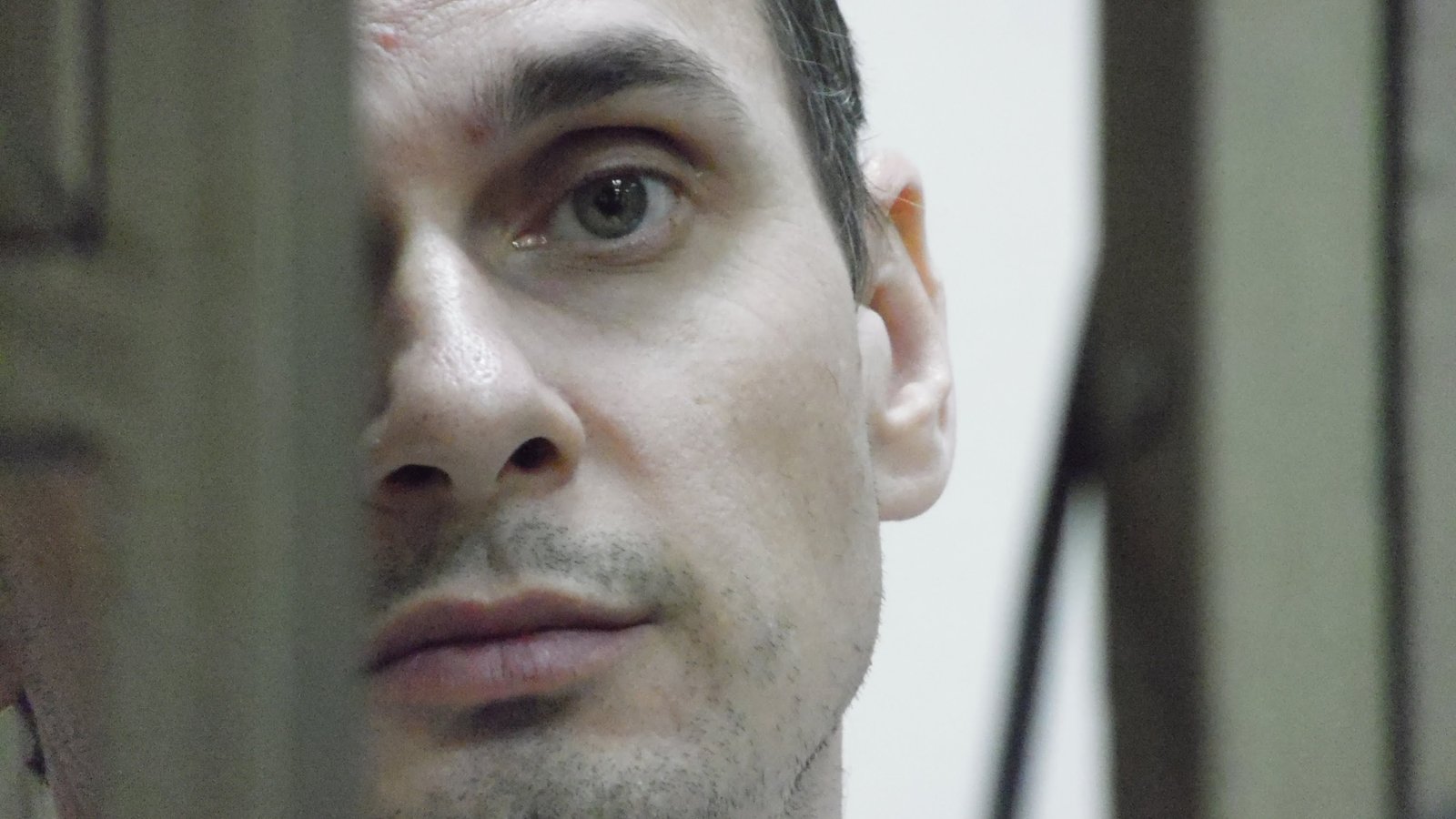 Oleg Sentsov. Snapshot from the video by Grani.Ru

In these days of Christmas eve, when many people, regardless of their personal views and religious affiliations, follow the ancient tradition and tend to show humanity and compassion, we, members of the Russian PEN Center, want to say about the need to correct the profound injustice — 20-year-old sentence on our colleague, writer and director Oleg Sentsov — as soon as possible.

On December 2, 2016, at the joint meeting of the two Councils: for Culture and for the Russian Language, the film director Alexander Sokurov asked and even begged you to pardon Oleg Sentsov, who had been arrested by the FSB on May 10, 2014. We, members of the Russian PEN Center, support Alexander Sokurov in that and ask you to extend procedure of pardon to Oleg Sentsov.

Oleg Sentsov has already spent two and a half years in custody. Meanwhile, the charge of a criminal intent (according to the investigation, in the spring of 2014, he instructed his associates to blow up the Lenin monument in Simferopol, and also was planning a terrorist attack at the ‘Eternal Flame’ memorial in the city for May 9) was based on the testimony of one of the defendants who disproved it completely during the trial as given under torture. Torture was applied to Oleg as well, which was confirmed by his lawyers, but he has never acknowledged his guilt. In court, he rejected all the charges with tranquility and dignity, which only a man confident in his righteousness and innocence could display.

Today Sentsov is in a Yakut colony, and his friends and colleagues say they lost communication with him; he refuses to see visitors and does not respond to the letters. This points to an extremely dangerous psychological condition and is an indication of his excruciating moral (and perhaps physical) suffering. Until recently, the hope was alive that Oleg Sentsov would be included in a program of prisoner exchange between Russia and Ukraine. But in October 2016, the Russian Ministry of Justice refused to transfer Oleg Sentsov to Ukraine, of which he considers himself a national. The reference to the fact that the law on the annexation of Crimea implies an automatic switch to Russian citizenship sounds like an echo of serfdom. Sentsov has not applied for withdrawal of the Ukrainian citizenship; he has not broken with the country that he considers his homeland.

While joining Alexander Sokurov and all those who requested a fair grace for Oleg Sentsov, we ask you, Mr. President, to apply to Oleg Sentsov the norm of the law that allows the head of state to make a decision on the pardon of convicts without the admission of guilt on their part; we ask you to use all the available resources and mechanisms for the speedy release of our colleague Oleg Sentsov.