Russia causes death of revered veteran of Crimean Tatar movement, then tries to hide it 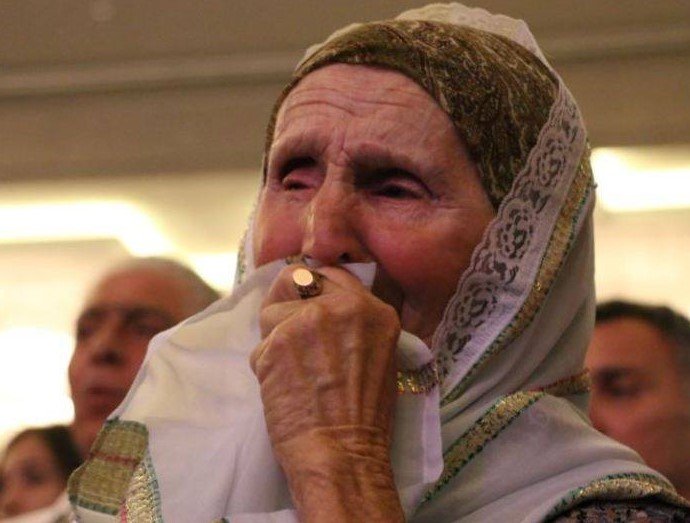 83-year-old Vedzhie Kashka, victim of the 1944 Deportation and veteran of the non-violent struggle of the Crimean Tatar people for their rights, died on November 23 after Russian FSB officers burst into a restaurant where she had been sitting and tried to detain her.   She had recently been unwell, and back in 2014 when the FSB first summoned her for interrogation, had suffered from heart problems.

Under such circumstances, it is impossible not to agree with Crimean Tatar leader Ilmi Umerov, that Russia has yet another death on their hands, that of an elderly woman of frail body but unbreakable will and commitment, who was deeply revered by Crimean Tatars and other Ukrainians.

When summoned back in 2014, Vedzhie Kashka  responded:

“I’m not a coward, and never hid before nor now, and I therefore came, but I don’t know why I was called.”

The armed searches and arrests on November 23 were of particular cynicism, as is seen in the report on Vedzhiye Kashka’s death in the Russian state-controlled RIA Novosti.  This claimed that “the elderly woman had received money from a foreigner and hidden it under her own clothes”.

Later that day, the same RIA Novosti went further, publishing a heavily edited video of the detentions, which left out Vedzhie Kashka altogether.

Everything about the arrests on Thursday and the FSB’s ‘special operation’ demonstrated immense cynicism, with the aim presumably to try to discredit the Crimean Tatar Mejlis.  Russia is flouting the International Court of Justice at the Hague, as well as the international community, in refusing to revoke its extraordinary ban on this self-governing body of the main indigenous people of Crimea.