“My people, do not leave your native land!” – last word of Crimean Tatar political prisoner Zeytullaev 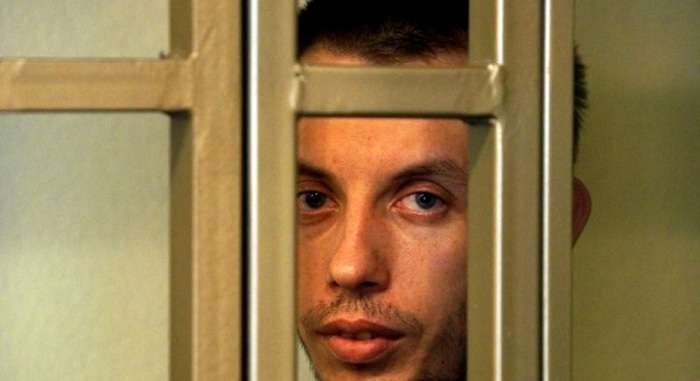 On 27 July 2017, the Russian Supreme Court extended the lawless prison sentence on the Crimean Tatar activist Ruslan Zeytullaev to 15 years. He is one of at least 46 Ukrainian citizens held political hostage in Russia and occupied Crimea.

Ruslan, who was tried solely for his privately expressed thoughts on morals, politics, and religion, addressed both his Crimean Tatar compatriots and his tormentors with a powerful “last word” speech. Let My People Go publishes its full translation.

I want to appeal to my long-suffering people who suffered a lot of violence, resettlement, who wants to preserve the belief that is unclear to the unbeliever who returned to his land among all resettled peoples. There is an explanation for this that is hidden in the archive. To the people named as Crimean Tatars.

Brothers and sisters! Thank you for supporting my family and close friends. I hope this quality will not be erased from my people. They remain united, as a single organism. Although the detractors want to divide us into groups and clans in order to put us up against each other: give some of us money, and make others outcasts. I hope they will not succeed. Do not pay attention to today’s reality: searches, detentions, prison terms and prohibitions. Even if they imprison all the people, the rest of the world will see this injustice, and our people will become an example for imitation, and in the end will become stronger. Crimea is the pearl of our ancestors who knew how to create there a flower garden. And one of them, after the search in his grandson’s house, said:

“We have nothing to fear. When I was at the age of my grandson, the NKVD [the People’s Commissariat of Internal Affairs until 1946 — Ed.] came to us, the KGB [the Committee for State Security until 1991 — Ed.] came to my son, and now we see the FSB [the Federal Security Service of the Russian Federation — Ed.]. People like you [the perpetrators of repressions — Ed.] come and pass, and our nation stays.”

There is an end of each story, and this injustice will not be an exception to the rule. So stay there, and everyone who has left, go back and develop your native Crimea, because only you can do it.

I and my long-suffering people had suffered from repression in the 21st century. This is no surprise to me, and I made my choice, and this is my answer to it. Lies won’t last forever. What concerns the information field, and what is shown as a war on terrorism is just a terrifying formula for mass intimidation. Propaganda full of lies will disappear, as darkness disappears when the light shines on it. This happens even if the light is faint because the darkness is always doomed to failure.

The truth will win. This time it also will happen. I thank my people. For already two years, the security service of the Russian Federation has been trying to show me that my activity brings nothing good to my family and friends and that my hunger strikes will kill me. In spite of this, I am sure that, if I die here, my family will be proud of me, and I will remain an example of dignity, moral courage, and fortitude for those who help them.

If I was told three years that ago an ordinary builder and father of three little daughters could be sculpted into a terrorist, I would laugh out loud. Many thanks to the Ren TV Channel for having shot their propagandistic films about me. It’s amazing how easy it is to make a horror story for the whole Crimea out of a common man. Zeytullaev lived a peaceful life doing his work. But then came Russia – and he “decided to create a terrorist group for” – as they said – “the creation of a theocratic state.” Thank you! Thanks to this formulation, I at least learned what a theocratic state is. But I wonder who came up with this plot at all? Who needs it?

I will resist together with my advocates, we will lodge complaints and struggle to show I am not a criminal, though I do not believe in justice. As a citizen of Ukraine, I am considered a political prisoner by most human rights organizations all over the world, and the number of those who realize the absurdity of the court judgment in my case will increase. A river cuts through rock.

I’m not alone. Once I received a letter from America with my old photo with my daughters. And I realized that I’m not alone. Information can not be hidden now. All that I say now, will spread around the world tomorrow.

I used to think previously that to reach the goal one has to make decisions quickly. But there is a time for everything, and we need patience which I didn’t have. Patience is a trait with which we can feel comfortable in life but everyone walks his own path towards it.

The term “terrorism” is an old one. In the 21st century, this term started to be used in relation to religion. At present, the society hears and discusses this term always and everywhere. Today I am going to be tried for terrorism in a case where there is no single word about explosives and acts of terrorism, only conversations instead. The prosecution doesn’t care that this is absurd. The main thing is to elegantly read out the accusation text prepared in advance.

And since we’re talking about terrorism so much, I would like to say out loud: “No to terrorism!” Stop this lawlessness. Yes we are Muslims, yes we are Crimean Tatars, but we are not terrorists! Your activity – I mean the activity of the secret service of the Russian Federation – is aimed to clamp down on dissent. Say this honestly, don’t pretend!

They put me on trials in military courts of the Russian Federation without saying a word why, while I am an ordinary civil person. I do not care what the verdict will be but I ask to abide the truth and to acquit me.

Ruslan Zeytullaev, prisoner of conscience, citizen of Ukraine, Crimean Tatar, a Muslim sentenced to 15-year imprisonment in the Russian Federation.

[box type=”note”]After the new sentence was passed, Ruslan declared a termless hunger strike. He demands the Russian authorities allow human rights defenders, journalists, as well as the Ukrainian ombudsman and consul to visit him in jail and then transfer him to Ukraine.[/box]