To make victims ‘confess’? Lawyer has no idea where FSB hides pseudo-‘Ukrainian saboteurs’

Alexander Popkov, who had defended the former political prisoner Hennadii Afanasiev, has been retained as a lawyer of Dmytro Shtyblikov accused recently of planning ‘sabotage’ in Crimea on the ‘instructions’ from Kyiv. However, he has not been able to find his client either in Sevastopol, where the arrest had taken place, or in Simferopol, or Bakhchysarai. The relatives of the other two men arrested along with Dmytro also have no information on the location of their dearest ones. On Saturday, November 12, the FSB has questioned Shtyblikov’s brother Oleksiy, who had commented for the Ukrainian media on the latest developments. 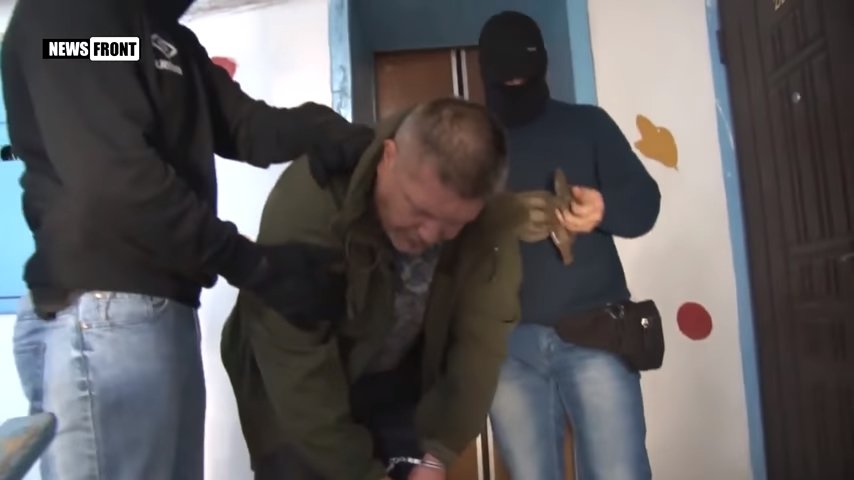 Arrest of Dmytro Shtyblikov. Screenshot from an FSB ‘operative video’

Alexander Popkov: Yesterday we spent the whole day in vain in search of the arrested Dmytro Shtyblikov. He and his comrades were reportedly neither in the pretrial jail and FSB department of Simferopol nor in the Sevastopol FSB department nor in the Bakhchysarai remand prison. The security officers meticulously checked my documents, wrote something in notebooks, and then juggle with gobbledegook  hiding all the information about the case, detainees and detectives behind a veil of bureucratism and preventing the lawyers from access to the case.

Everything is exactly the same as in the cases of Sentsov & Kolchenko and Panov & Zakhtey: torturers are welcome to wrist any testimony, complete all sorts of fantastic pictures and ‘secure’ them.

Nonetheless, we managed to inform personally the investigator and the appointed lawyer that the retained lawyer has entered the case, which automatically calls into question the legitimacy of the further investigatory actions involving Dmytro.

Popkov also confirms that the airsoft guns, which the FSB has tried to set up for combat weapons, did belong to the detainee:

This is the arsenal of weapons FSB officers left behind in Dmytro Shtyblikov’s apartment after the search. This is what they showed on TV as a ‘clear evidence of terrible criminal activity’ of the new ‘Crimean saboteurs.’ 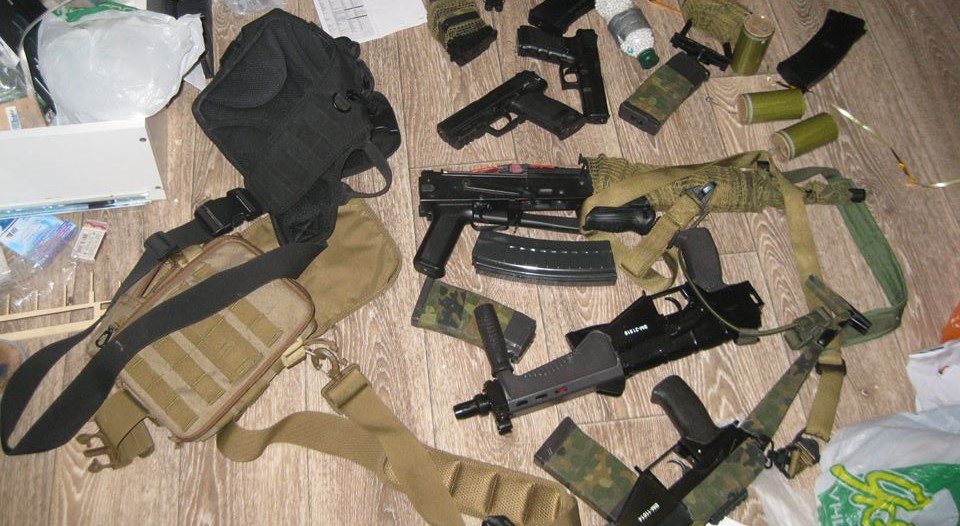 The weapons are indeed intended for playing airsoft and shoot pellets. Dmytro was very fond of that fun before his arrest. Hence all the camouflage, tactical vests, and brackets.

Instead, the detectives impounded a souvenir ‘Yarosh calling card,’ which is probably going to reappear futher as a piece of ‘material evidence.’ 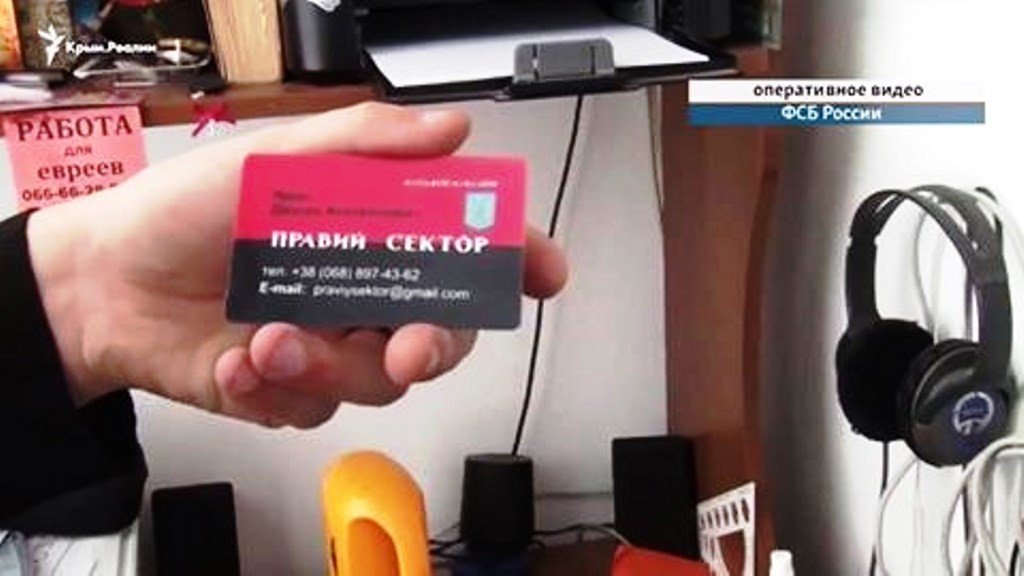 Read also:
Airsoft guns of ‘Ukrainian saboteurs,’ or yet another Russian FSB show
Turchynov on “cynicism and moronism of the Russian special forces”