During the New Year Marathon of Letters to Kremlin’s Hostages, many of you, including the Ukrainian President and members of the government, wrote the words of support to the prisoner of Moscow Lefortovo remand jail, Ukrainian journalist Roman Sushchenko.

Ukraine and her foreign friends persist in their support of Roman and demanding his release from unjustified arrest, as has been recently demonstrated on the occasion of his birthday, on February 8. The Ukrainian Ministry for Information Policy has produced and presented the documentary ‘Prisoners of the Kremlin‘ devoted to Sushchenko and his case. While the letters and postcards are continuing to arrive in his prison cell, Roman wants to thank everyone who stands for his freedom.

Below we provide the translation of his letter published by Ukrinform.

From the distance of several hundreds of kilometers, from behind high walls and steel bars, the meaning of Fatherland gained particular importance for me.

It is not just a passport record. First and foremost, it is a real and powerful state, its land and people. It is a place with a peculiar gravity, to which one is eager to return as soon as possible.

I am very grateful for these feelings I experience every day because of your efforts. Thank you very much for your support of my family. 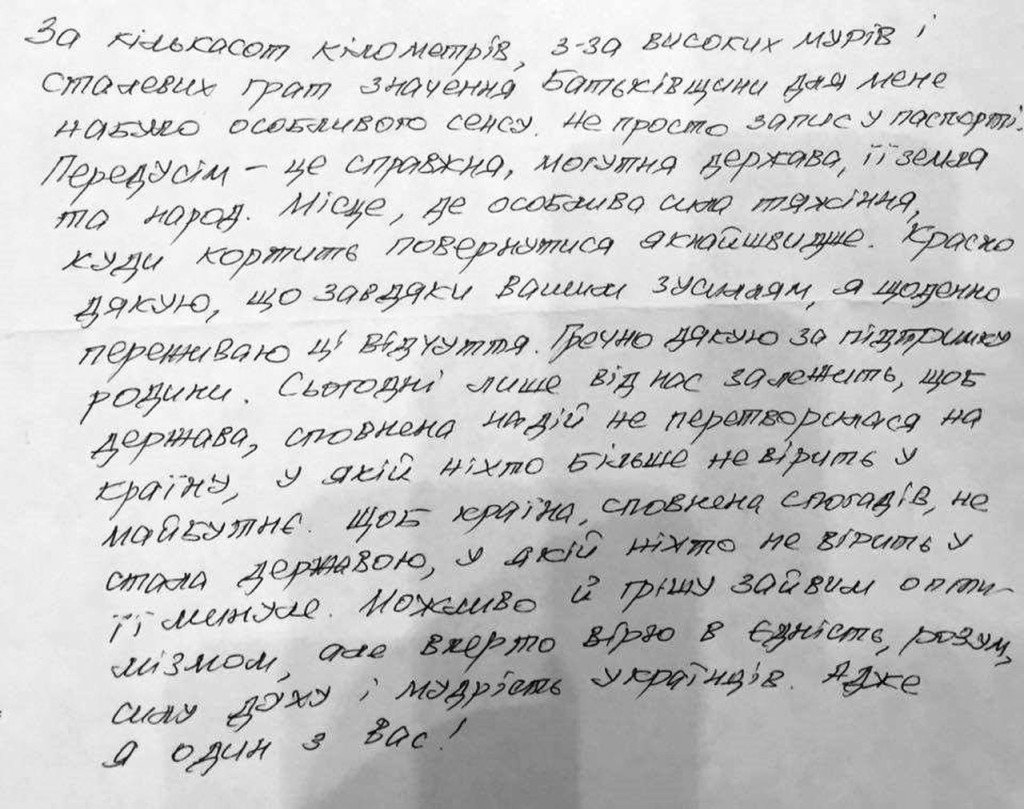 Today, it depends only on us whether the state full of hope avoids turning into a country where nobody believes in the future.

And whether the country full of memories avoids turning into the state where nobody believes in its past.

Perhaps I tend to express excessive optimism but I certainly believe in unity, intelligence, fortitude, and wisdom of Ukrainians. Because I’m one of you!